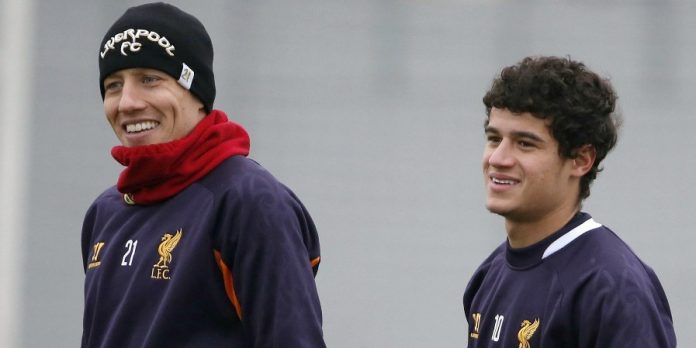 Roberto Mancini returned to the San Siro last month after the club decided to part ways with the former Napoli manager, Walter Mazzarri. Former Manchester City manager, Roberto Mancini has outlined his plans for the Nerazzurri, and has emphasised the need of investment.

Inter Milan are currently 11th in Serie A and are looking to make the necessary additions during the January transfer window, which would help them secure a Champions League place this season.

Lucas Leiva has been surplus to the requirements at Anfield for the last couple of seasons. The Brazilian joined Liverpool in 2007, following a breakthrough season at Gremio, but has failed to cement a regular starting berth at the club since then.

Mancini admitted that the Liverpool midfielder would be an ideal addition to his side and would help the youngsters at the club with his experience. Lucas has always been a positive influence at Liverpool and several teammates and academy players have admitted to his positive contributions at the club.

“[Lucas Leiva] is a great player, but he belongs to Liverpool and it’s going to be hard to get him. He would be useful, though, as he could help our younger players grow”, claimed Mancini.

Inter Milan are looking to secure a Champions League qualifying spot this season and despite being 11th in the table right now, Mancini believes his side can scale the six point gap with the third place, should they manage to make the right signings.