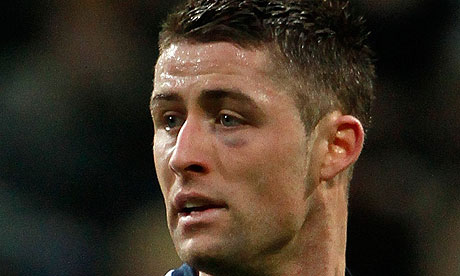 Crystal Palace enjoyed a 1-0 win over Watford on Saturday afternoon, keeping their third clean sheet in their last three Premier League games, and Gary Cahill was one of many players to come away with praise for his performance. The 34-year-old started alongside Scott Dann at centre-back and managed to keep out everything that Watford threw at him.

Cahill made more passes than any of his Palace teammates, was dominant in the air, turned over possession twice and blocked a number of Watford’s shots. He’s not conceded a league goal for a month and has been at the heart of the Eagles’ recent rise up the table – not bad for a free signing last summer.

You and Dann were immense today👏👏

Thank you my Captain…. Fantastic

Legend. What an awesome signing. Guaita, Cahill and Ayew all unbelievable signings and RIDICULOUS value

Solid as a rock….no…solid as a mountain 👏🏽

Keep those CS racking up, Gary.

Be cool if you can help Palace into europe…you deserve another european adventure 🙂 pic.twitter.com/MqDOp9Ihqz

Quality Gaz, my man of the match

One of the PL signings of the season 🔴🔵

Fantastic performance again today! Massive shout out to Cahill and Dann. Unreal at the back, yet again!

Against Watford, Cahill played for 90 minutes, had 68 touches, won eight aerial duels, completed 77.8% of his 54 passes, found a teammate with two of his six long balls, made two interceptions, gave away one foul, made six clearances and blocked two shots.

The 34-year-old has made 22 appearances in all competitions this season. In the space of a month, Cahill has already shut out as many teams (3) as he’d managed in his first 17 league outings. Palace ended the day 11th in the table with 39 points from 29 games.