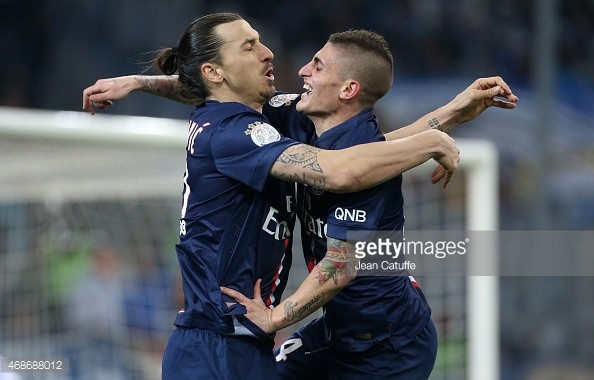 Manchester United are preparing a possible move for Paris Saint-Germain’s Marco Verratti. As reported here by Le 10 Sport and covered by Soccerlens as well, it is expected that the Red Devils will come for the midfielder with a whopping €100 million bid. The dimunitive midfielder, still only 23, has been a mainstay in the PSG midfield since joining in 2012 and could be a long-term solution for Manchester United’s central midfield. 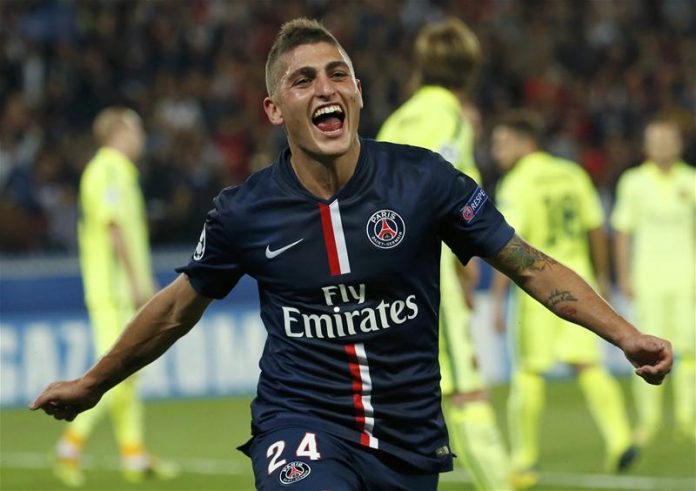 The man pulling the strings for this move is reported to be Zlatan Ibrahimovic. The striker is a free agent this summer and is expected to join long-time friend Jose Mourinho at Old Trafford this summer. The Swede has always enjoyed exercising his influence at the clubs he has been at, and it looks like he is starting at United even before officially signing a contract.

Paris in no mood to sell

According to RMC journalist Mohamed Bouhafsi, the French champions hold Verratti in the highest regard and club President Nasser Al-Khelaifi will not be willing to sell him at any cost. PSG have won Ligue 1 for the last 4 years after Al-Khelaifi’s takeover and investments, but are still to land the Champions League. Losing their best players is certainly not the way to go about achieving that target, and Verratti undoubtedly belongs in that category.

Bouhafsi tweeted the following when asked about the probably transfer:

That is true. But for Nasser Al-Khelaifi , he Is untransferable , unmarketable , untouchable. https://t.co/kW6TwrcBo9

The resolve seems strong, but it remains to be seen if that holds when the official bid comes along.

Sweden and Italy are on opposite sides in the group stages in the ongoing European Championships. Verratti will not be a part of Antonio Conte’s plans for the tournament though, after undergoing surgery to repair a groin injury. The next time we see him play, he could be donning the red of Manchester United at the onset of a new era at the Premier League giants.

Do you think Marco Verratti will be a good signing for Manchester United at €100 million? Tell us on Twitter.