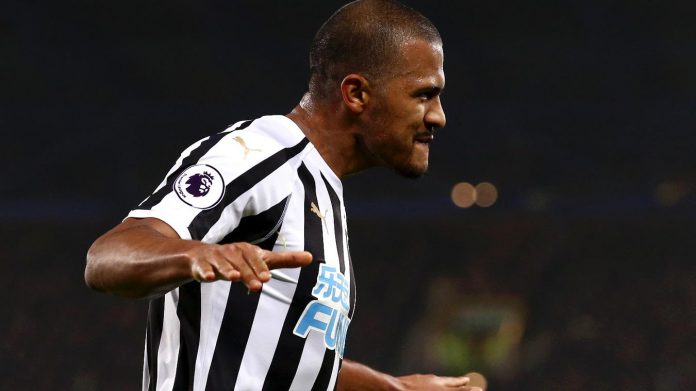 Newcastle United shocked Manchester City at Saint James Park on Tuesday night, grabbing a 2-1 victory and inflicting the Premier League defending champions with their fourth defeat of the campaign.

With four points separating them from league leaders Liverpool prior to the game, Pep Guardiola’s side needed a win to close the gap to one ahead of the Reds’ clash with Leicester City on Wednesday, and it seemed a win was on the way after Sergio Aguero opened the scoring in the first minute of the game.

Newcastle continued to soak up the pressure and replied via Salomon Rondon 21 minutes after the restart.

City kept pushing for a winner, but it was the hosts that had the last laugh after Fernandinho brought down Sean Longstaff in the box with 10 minutes to play.

Arsenal legend Ian Wright couldn’t believe it, and with Liverpool now with an advantage to go seven points clear, he took to Twitter to upload this funny gif.

Should the Reds secure all three points against Leicester at Anfield tonight, their title chances will receive a significant boost, and they somehow have their former manager and Newcastle’s boss Rafa Benitez to thank for it.