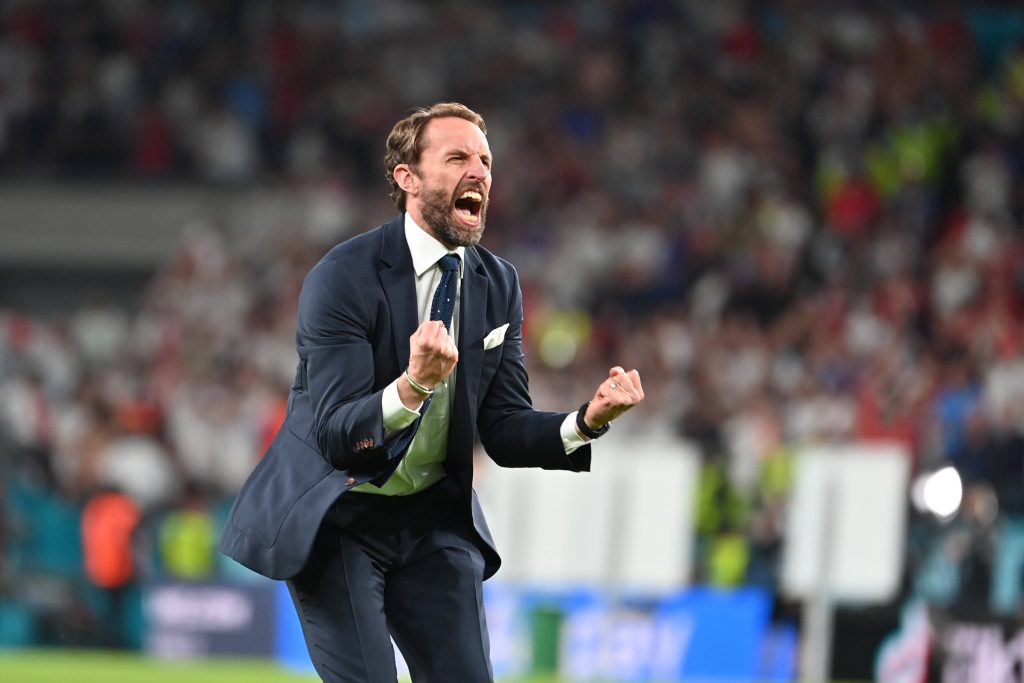 Ian Wright, Gary Neville and Roy Keane have lauded England manager Gareth Southgate after he guided his side to the Euro 2020 final.

Southgate first took charge of the Three Lions on an interim basis back in 2016 following the one-game reign of Sam Allardyce, before soon being given the job full time.

In his first major tournament in charge, he reached the semi-finals of the World Cup.

Despite this, the former Aston Villa defender has divided opinion among English fans.

He has received widespread criticism for his team selections and is often accused of being too defensive despite having a wide array of attacking talent.

However, he appears to have got the fans back on his side, taking England to the final of Euro 2020.

This is only the second major final that the nation has reached in their history and the first since 1966.

Their campaign began with a 1-0 win over Croatia but was followed by an unconvincing 0-0 draw against Scotland.

The group stages finished with a 1-0 victory against Czech Republic, setting up a round of 16 clash with Germany.

After a tense 2-0 win against Germany, Southgate led his team to a resounding 4-0 victory over Ukraine.

Most recently, they came from behind to beat Denmark at Wembley Stadium, thanks to a goal in extra time by Harry Kane.

Speaking live on ITV after the game, Wright, Neville and Keane were full of praise for the 50-year old.

Ian Wright on playing with Southgate at Crystal Palace

“We had quite a prominent midfielder (at Crystal Palace) who was quite extroverted. He used to say that Gareth’s a bit nerdy.

“I remember Steve Coppell used to tell Gareth ‘if he speaks to you like that, show him your O-Levels or something’, because he’s so clever.”

Roy Keane on managing against Southgate

“He’s brilliant. A really top man. I think we actually beat him with Sunderland at Middlesbrough. He was great after the games. Classy guy.”

“He’s so passionate about this country. I think this suits him. I don’t buy into this theory that if Gareth was even to win this tournament, that he would be a success going back into club management.

“I think this really suits him. He loves the job. I think he loves the detail of international management. They deserve all of the credit that they get and the good fortune that they get.

“I’ve never known an England team that unified the country as much as this lot. They’re faultless, flawless in the way in which they go about things.

“There’s been a lot of division in the last couple of years – we’ve come out of a pandemic.

“We’ve had England teams in the past that have been scandal galore going into tournaments.

“The manager does everything right, and this group of players respond to that. There’s a level of discipline, and there’s a level of respect. We should be really proud of them and our manager.”

Read: England qualify for EURO 2020 final after 2-1 extra-time victory over the Danes.