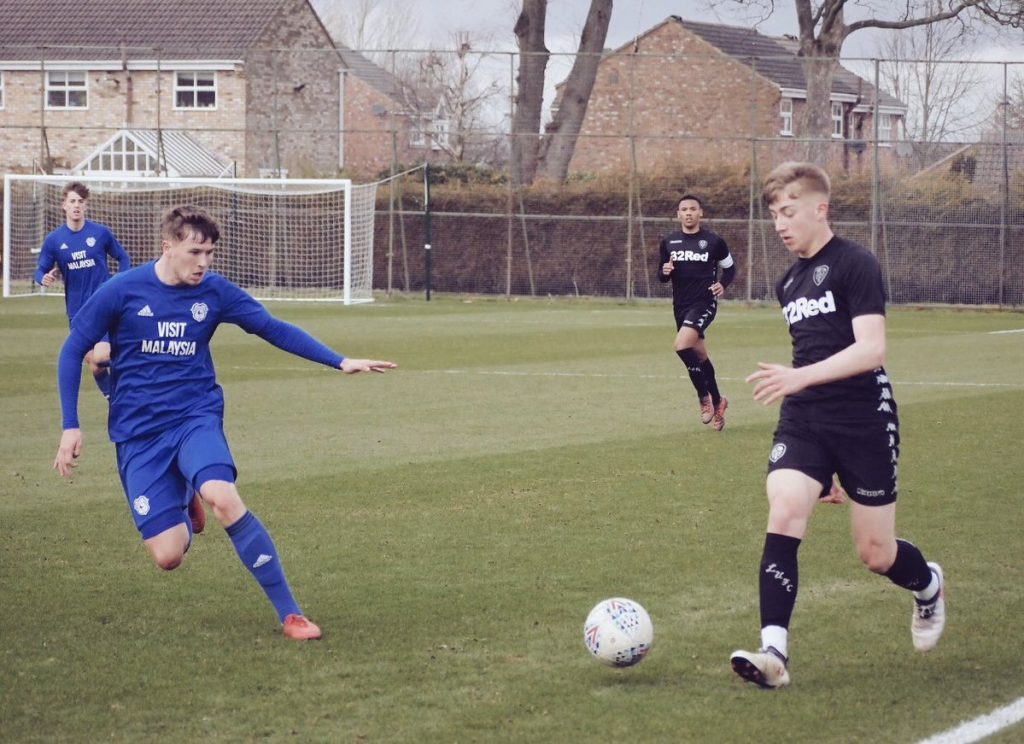 Leeds United striker Jack Clarke had a very good game against Cardiff yesterday and the former Whites legend Ian Harte took to Twitter to share his views regarding the U23 star.

The 17-year-old has been a star for Leeds’ U23 side this season and his quality was once again highlighted during yesterday’s youth game. Leeds managed to beat Cardiff 3-0 in the Professional Development League.

The former Leeds United defender tweeted that Clarke is a special talent with a big future. Harte also congratulated the player after his outstanding performance.

Congratulations Jack what a performance!!! On ?keep it up ?? https://t.co/ZBHD2kIzOn

What a performance [email protected] today! I told you @LUFC fans he is a special player, and only 17. The right back will be having nightmares tonight. Delighted for the 23s ? https://t.co/gP6SPGfZzQ

It will be interesting to see whether the young forward gets a call-up to the senior side anytime soon.

Heckingbottom’s side are unlikely to fight for promotion anymore and therefore he might decide to give the young players a chance in the remaining games.

Clarke is an immense talent and the Whites will have to be very careful with his development. The young forward is not ready for the first team yet but he will certainly benefit from a short cameo in the Championship.