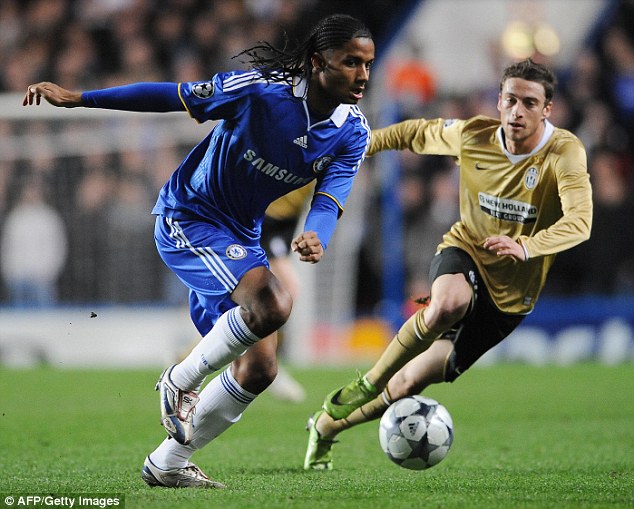 Former Chelsea defender Michael Mancienne may have already been forgotten by fans at Stamford Bridge. An academy graduate who made just four appearances for the Blues during his time in London, Mancienne made a name for himself when he moved to Bundesliga side Hamburger SV in 2011.

With established internationals already competing for a position at the back four, a long term stay at the club would have been detrimental for Mancienne who joined Chelsea as a nine-year-old.

Now at Nottingham Forest, the former England youth international is in line to face his former club in the Carabao Cup on Wednesday.

Despite his early exit from Chelsea, Mancienne insists that he fondly remembers his time at Stamford Bridge.

“I was in the comfort zone at Chelsea and it is easy for players to rot away in that environment,” he said.

“When you’re at a big club you can easily get caught in a bubble because everything is done for you. There are so many people doing things for you that when you go out on loan you’re thrown into real life.

“I was 21 when I made my debut and it was great moment. I thought it would be the time when I kicked on but there were too many players in front of me, many of them captains for their countries.

“The likes of John Terry, Frank Lampard, Ashley Cole and Joe Cole were the best role models to have,  and seeing people like John break into the first team obviously gave you that hope and desire to do the same thing.

“But I don’t think there is one player from the academy in or around my age group that is still there. Ryan Bertrand, Jack Cork and Sam Hutchinson have all left, and Liam Bridcutt is with me now at Forest. I had to make a decision because I wanted to make a name for myself and play games.”

Mancienne had two years left in his contract when he moved to Germany. As one of the few English players who have crossed the sea to play in Europe, he insists that the experience he gained by playing in a different country was invaluable.

“I would recommend it to anyone, I loved it abroad and you learn a lot about yourself. It makes you stronger, being away from your family and friends,” he says.

“In the first year I struggled with the language – my German teacher was a Hamburg fan so she was literally just asking me for inside info about the team, then spending only 15 minutes teaching!

“I learned more from being around the boys in the dressing room and I managed to pick it up that way. It’s such a big city and the fans are really passionate about their team – if you’d lost a game you basically didn’t go out afterwards.

“The big thing I noticed in Germany is that teams would rather push through a youngster with potential than make a signing. That is why their national team does so well and, maybe, why England doesn’t. I will never regret the decision to play there.”

Mancienne has been a mainstay at Forest since 2014 and will be hoping to make a good impression against Chelsea in the upcoming League Cup fixture.