India
Home News how much are national teams worth

One of the more interesting pieces of statistical analysis that’s come out of this year’s World Cup comes from Frontier Economics, a leading European economic consultancy, who recently carried out an analysis of the economic value of the players from some of the World Cup’s most successful teams.

The study, concentrating on the 10 national teams that were the most likely to claim victory at this year’s World Cup, used data on past transfers to estimate the value of each player expected to play in the starting line-up of each team, and then combined the estimates for each player to establish a total for each of the 10 teams.

Click on the infographic below to get the full picture, and read the accompanying article on MeetTheBoss.tv as well. 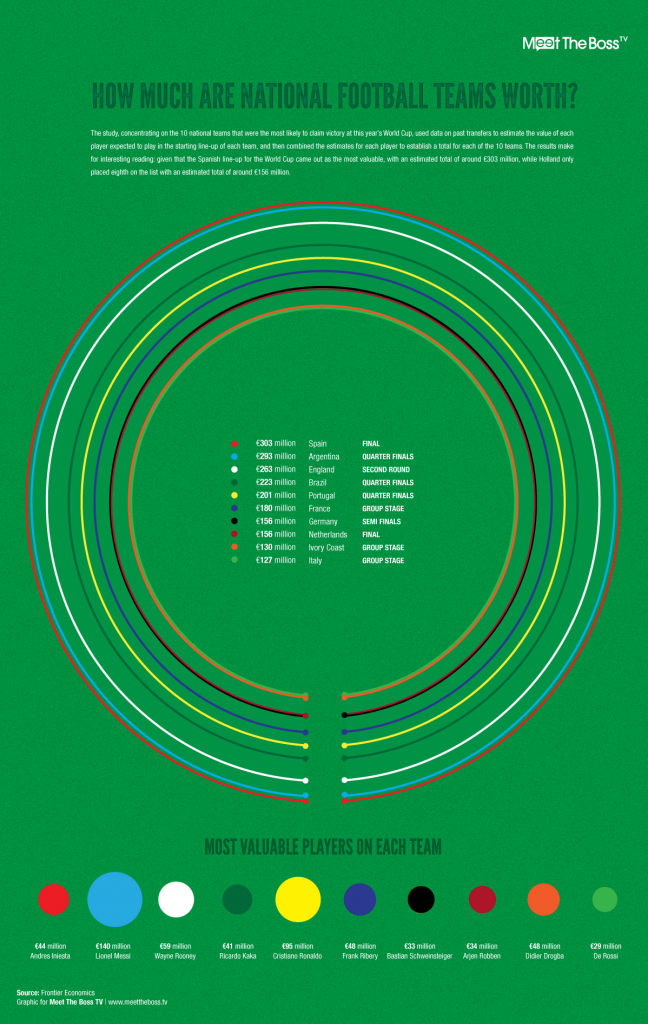