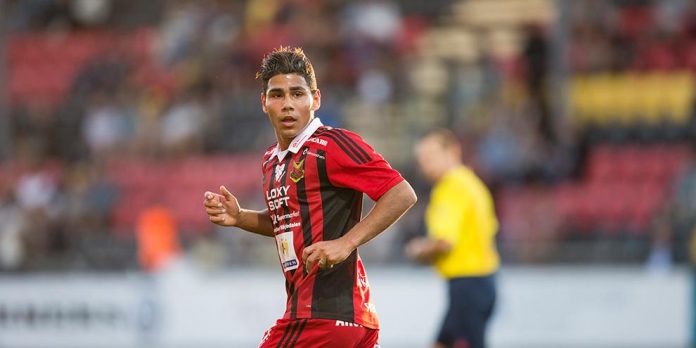 Marcelo Bielsa’s side are expected to remain busy in the summer transfer window after the Argentine decided to stay on for another year. Leeds could be operating on a tight budget, but Bielsa needs to bolster the squad in order to challenge for promotion next season.

Signing a winger is a priority after Jack Harrison has returned to Manchester City following his loan spell.

Aiesh scored 14 goals and created 23 in 105 outings for Ostersunds and has earned his first national cap for Sweden this year.

The 24-year-old was impressive under former boss Graham Potter who is now the boss at Brighton.

The 2018-19 campaign has not been impressive for him, as injuries have restricted his game time. While he has flair and would be an excellent signing for Leeds, his fitness could be an issue.

It would require a good offer to bring him to Elland Road, but he is certainly worth taking the risk.

Leeds are also interested in signing Aiesh’s club teammate Dino Islamovic, but the Whites should focus on getting the winger instead.