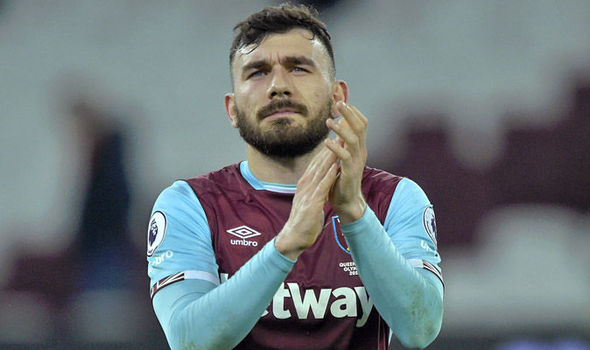 West Ham United attacking midfielder Robert Snodgrass was among the goals on Thursday as the Hammers secured a 2-1 victory over Brentford in a behind-closed-doors friendly.

The 31-year-old is without an assist or goal in 12 Premier League appearances this term, and finding the back of the net yesterday would have boosted his confidence.

.@robsnodgrass7 & @CH14_ with the goals in our friendly against @BrentfordFC today ⚒ pic.twitter.com/FwcN2vcrsh

However, playing the friendly could now put his international career in huge jeopardy from the look on things.

Snodgrass asked not to be picked for Scotland’s Nation League double-header against Albania and Israel due to an apparent ankle knock, but going ahead to play on Thursday wouldn’t have done him any favours with the national team officials.

The country’s assistant manager Peter Grant already hinted that the winger is risking international oblivion after rejecting the call-up, and even Kris Commons earlier criticized the West Ham star before backtracking on Twitter.

Just want to clarify my column on Monday.
I was wrong about Robert Snodgrass regarding international pull outs.

It is unknown how serious Snodgrass’ injury is, but that he was fit enough to feature in a friendly wouldn’t have sent out a great message to Scotland.

He is without a doubt a great player and it’s understandable he wants to be available for the Hammers by not risking himself going on international duty.

But it could backfire in the end, and his international career could be in danger.