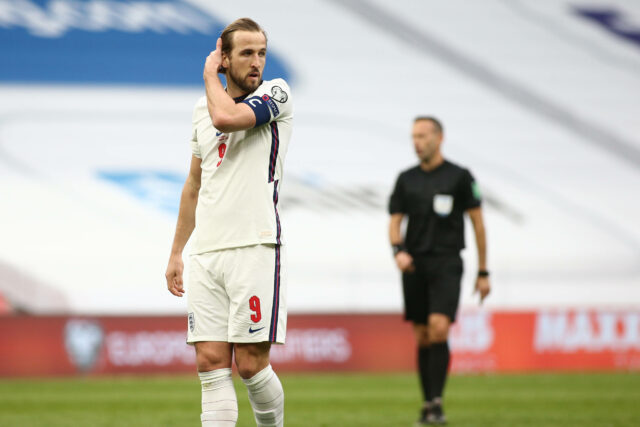 According to The Athletic’s Oliver Kay and Jack Pitt-Brooke, Tottenham Hotspur striker Harry Kane will push for a transfer this summer if they fail to secure Champions League qualification.

Spurs are currently sixth in the table with eight games to go, and only three points separate them from the top-four.

The North Londoners missed out on Europe’s elite competition last term and were dumped out of the Europa League a few weeks ago.

Chelsea, West Ham United and Liverpool are also battling fiercely for a top-four finish, and a loss against Manchester United tomorrow will further dent Tottenham’s chances.

Kane wants to play regularly in the Champions League and strongly challenge for silverware, and he is ready to leave Spurs to make his dreams come true.

Tottenham face Manchester City later this month in the final of the Carabao Cup. While the 27-year-old could finally win his first piece of silverware, Pep Guardiola’s side are huge favourites given their recent explosive form.

Kane is not short of suitors at home and abroad, and both Man City and Manchester United have been linked with him.

However, whether they will be willing to meet chairman Daniel Levy’s unrealistic demands remains to be seen.

The Spurs star still has three years left on his current contract, and that has put the club firmly in the control seat over his future.

Tottenham have not improved under head coach Jose Mourinho as many predicted when the Portuguese succeeded Mauricio Pochettino, and Kane knows that time is running out when it comes to his ambitions.

As things stand, Spurs have nine games to save their campaign and the future of their most important player.

In other news, Spurs are reportedly ready to pip Barcelona to a World Cup-winning centre-back.