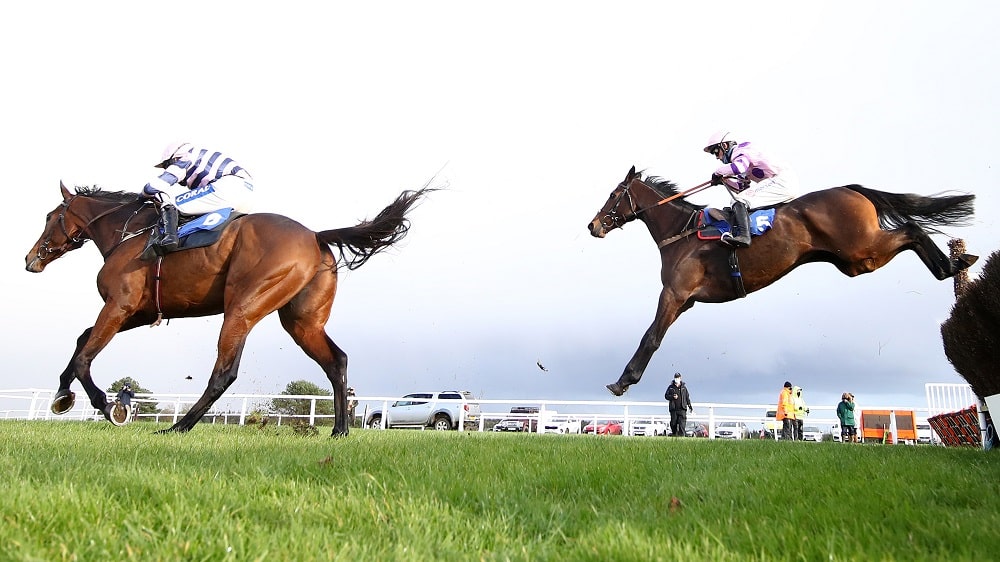 The Grade 2 Haldon Gold Cup is the feature contest of the entire season at Exeter Racecourse on Tuesday, 2 November (1:55). A limited handicap chase over an extended 2m 1f, past winners include Politologue and Cue Card.

There are plenty of Haldon Gold Cup trends for punters to note. Six-year-olds have a particularly good recent record in the race with half-a-dozen wins since 2012. Favourites also do well in the contest, with four of the past six market leaders obliging.

As a Grade 2 event, the Haldon Gold Cup Exeter race usually takes a classy two-miler to win it. Nine of the last 10 successful horses ran off an official rating of at least 151. That stat rules out of half of this year’s field of six runners, who each run from out of the handicap.

All Haldon Gold Cup winners over the last decade landed the spoils on their reappearance, so race fitness doesn’t appear to be an issue. All but one runner makes their return to action at Exeter Racecourse in this. Who do SportsLens experts like for the race, though? Let’s find out…

Why Hitman is favourite in the Haldon Gold Cup betting

Champion trainer Paul Nicholls has seven wins in the race with four of them since 2010. He saddles two in this renewal, and the market sides with Hitman. A five-year-old Falco gelding, Nicholls sent this horse straight over fences after importing him from France. Hitman bolted up by 30 lengths on his British and chasing debut at Ffos Las.

He then chased home Allmankind in the Grade 1 Henry VIII Novices’ Chase around Sandown. The re-opposing Eldorado Allen was well behind in fourth that day, while the winner has since landed three of his next four outings over fences. Hitman was then an unlucky faller when going very easily in the Scilly Isles at the same venue.

Although no worse for that tumble when resuming winning ways at Newbury, he was only 1/7 on his penultimate start. When back up in grade to the highest level, Hitman ran third in the Manifesto Novices’ Chase during the Grand National Festival at Aintree. He lost second close home, so Nicholls drops back in trip with him.

Hitman now makes his handicap debut off 151, which gives him a nice racing weight of 10st 7lb. Given his young age and still unexposed profile, it’s no mystery why horse racing betting sites make him the favourite in the Haldon Gold Cup betting this year. Hitman is 6/4 with William Hill for success in a race the yard loves winning.

Bet on Hitman with William Hill

Greaneteen giving lumps of weight away

Last year’s Haldon Gold Cup winner, Greaneteen, has the unenviable task of trying to defend his crown off a 17lb higher mark. Also trained by Nicholls, this seven-year-old son of Great Pretender got up in the shadows of the post 12 months ago. He only beat the re-opposing runner-up Moonlighter by a neck, and now meets that one off 11lb worse terms.

That is the big concern with Greaneteen here. However, he has fully earned an official rating of 168 based on his other runs at right-handed tracks at the highest level. Only stable companion Politologue proved too good for him in the Tingle Creek at Sandown, yet Greaneteen went one better in the Celebration Chase there at the end of the season.

On that occasion, he defeated Altior, Newbury conqueror Sceau Royal and Queen Mother Champion Chase heroine Put The Kettle On. That is very strong form indeed. The Haldon Gold Cup is a very different assignment, however, as Greaneteen concedes more than a stone and upwards all-round to his five rivals.

It is also revealing that Nicholls’ number one stable jockey Harry Cobden rides Hitman instead. Bryony Frost was aboard Greaneteen for that Celebration Chase triumph, though, and he is clearly one of the best two-milers in the UK on his day. Best odds of 100/30 say he can defy the welter burden and retain the Haldon Gold Cup here.

The other four runners do have plenty to prove. Eldorado Allen has past form to reverse with Hitman, and the pair meet off level weights as they did at Aintree and Sandown last season. There is no obvious reason why Colin Tizzard’s charge should turn the tables, yet he is probably third best in the race by default as the other three run from out of the weights.

King D’Argent fits the age profile for the Haldon Gold Cup, but these are deep waters. He runs from 3lb out of the handicap, an obvious negative, for the Dan Skelton stable. His defeat by Nuts Well in the Simply Ned Handicap Chase at Kelso on reappearance doesn’t read well either as the winner really disappointed in a failed defence of the Old Roan Chase at Aintree.

Moonlighter should have the beating of Greaneteen off 11lb better terms if reproducing his effort from 12 months ago. However, he too is out of the weights and has failed to finish over fences twice as often as he has won. Nick Williams’ charge also has a bad habit of jumping out to the left, which won’t do at Exeter Racecourse – a right-handed venue.

Zanza for the Philip Hobbs yard is 4lb out of the handicap, so that makes the Haldon Gold Cup a very tough assignment. There is also no obvious reason why Eldorado Allen shouldn’t confirm past form from Newton Abbot with this Arcadio gelding, who is bred to be better over further.