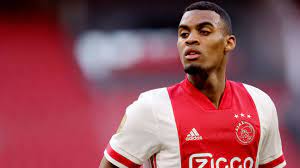 Bayern Munich have reportedly agreed personal terms with the Ajax man who is eager to test himself in Germany.

Ryan Gravenberch might have already accepted the proposal from Bayern Munich. According to information from Fabrizio Romano, the 19-year-old midfielder is ready to move to Munich, he is now waiting for an agreement between the two clubs. The transaction between Ajax and Bayern Munich could be concluded at around 30 million euros.

Following a latest injury setback to Corentin Tolisso , the Munich leaders have decided not to extend the Frenchman’s deal. Julian Nagelsmann has earmarked Ryan Gravenberch to succeed him. The German coach would like to partner the 19-year-old Dutch international with Joshua Kimmich and Leon Goretzka. The club are targeting potential reinforcements as Julian Nagelsmann wants players more compatible with his system of play, his aim being to win all the trophies next season.

According to German press, the player has already spoken with Julian Nagelsmann, an exchange which could have been decisive in the player’s decision. This is good news because at the same time the negotiations with Robert Lewandowski and Serge Gnabry are not progressing.

Since coming to the Allianz Arena last summer, Julian Nagelsmann has only signed two players, Dayot Upamecano and Marcel Sabitzer and the 34-year-old now wants to shape Bayern Munich in his image. In addition to Ryan Gravenberch, he wants to recruit a second Ajax player, Noussair Mazraoui. In this case, the Munich residents have stolen a march ahead of Barça thanks to their ability to offer the Moroccan a substantial salary offer.

The latest rumors show that Bayern Munich want to renew the squad and are targeting young players with high potential. Thus, the Bavarians are starting to prepare for the future to stay at the top and be a major player in the next transfer window.