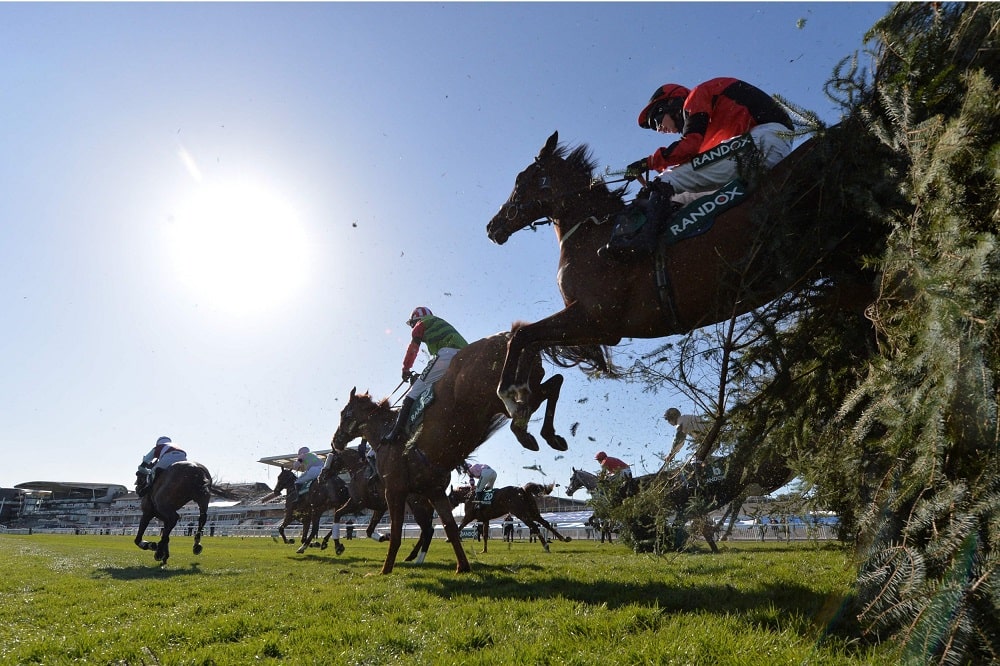 The Grand Sefton Chase moves to a November slot and is now the first race of the jumps season over Aintree’s famous Grand National fences. More attention is now on the 2m 5f handicap and a field of 14 horses, whose connections have big ambitions. The race takes place on Saturday, 6 November (2:15).

As with any event on this unique course, there are some Grand Sefton Chase trends for punters to note. Firstly, both a prior run in the campaign and previous experience of the fences are important. All of the last eight winners were race-fit. Six of the last seven successful horses had been on the Grand National course before.

There is also an age profile for the Grand Sefton Handicap Chase to bear in mind. Only two horses younger than eight have ever won the contest. Five of the last ten victors were nine-year-olds, yet only one entry this year is in that age bracket. Any race over the Grand National fences still has an element of luck to it, so factor that into your betting. This Grand Sefton Chase preview discusses fancies for the class 2 contest.

Why Cat Tiger is fancied for the Grand Sefton Chase

Champion trainer Paul Nicholls has been the stable to follow in this race in recent seasons. He has saddled three of the last eight winners, so Cat Tiger is of obvious interest. Owner-jockey David Maxwell bolted up aboard the seven-year-old Diamond Boy gelding in a Plumpton novice hurdle off 135 in January 2020.

Following a 354-day break, Cat Tiger won his British chase debut at Leicester under Harry Cobden. That qualified the horse for the Foxhunters’ over the Grand National fences here in April. Although that is a conditions race rather than a handicapper, Cat Tiger looks really well-treated for this in relation to his third place that day.

He ran off a mark of 142 and was only headed at the Elbow, keeping on and beaten less than six lengths. Cat Tiger finished in front of Cheltenham Hunter Chase second and Irish Champion Hunter Chase runner-up Billaway that day, so the form reads well. Maxwell could not use his 3lb claim at the Grand National Festival, but can here.

Taking into account, coupled with a 8lb drop in the weights since his last Aintree run, Cat Tiger may be underestimated by his current mark. It seems to be the view on horse racing betting sites that the assessor has taken a major chance with him. Racing off 11lb lower over these fences is a huge plus. The only negative is the lack of a prep run, but Cat Tiger is 5/1 with Bet365 for Grand Sefton Chase success.

Bet on Cat Tiger with Bet365

Trip a concern for Time To Get Up

Jonjo O’Neill trained the first-ever winner of this for fellow Irishman JP McManus in Dark Room back in 2003. That combination team up again with Time To Get Up, who is prominent in the 2022 Grand National betting. A lightly-raced eight-year-old Presenting gelding, coming back here for the big one next April is a clear target for this horse.

Time To Get Up is all about stamina, so the Grand Sefton Chase trip is sharp for him. When trained in Ireland by Joseph O’Brien, he chased home last season’s Cheltenham Festival winner Monkfish on his final start. Going over fences and up in trip has already been the making of Time To Get Up, who reappears off a mark of 144.

When upped to an extended 3m at Wincanton on his third start for O’Neill, he ran out a ready winner. Time To Get Up then impressed in the Midlands Grand National over a marathon 4m 2f when holding subsequent Scottish Grand National hero Mighty Thunder. That one couldn’t cope with dropping back in trip to 3m when a remote fourth in the Charlie Hall Chase at Wetherby last Saturday.

It is hard to fancy Time To Get Up at a distance way short of optimum. This looks instead like a first opportunity to get vital experience of the Grand National fences under his belt. He may pass other rivals when they tire, but Time To Get Up is best watched with an eye on the spring despite odds of 9/2 with BoyleSports here.

Alan King’s Senior Citizen ran seventh in the Grand Sefton Handicap Chase last year. However, the eight-year-old Tobougg gelding posted an improved effort on his second try over the fences in April. He came third to Livelovelaugh in the Grade 3 Topham Chase, again weakening on the long run-in.

That was off 2lb lower than his current career high mark of 139. When dropped by the assessor to 134, however, Senior Citizen landed the Prelude Handicap Chase at Market Rasen by a couple of lengths. He travelled strongly and jumped well on that reappearance last October.

Going back to the Grand Sefton Chase trends discussed above, Senior Citizen has the course experience and prep run under his belt. He is also now the right age for the rigours of the Grand National fences. The only question is whether his winning return to action has blown his handicap mark. Senior Citizen is 6/1 with Betfred to make it third time lucky on the unique course.

Bet on Senior Citizen with Betfred

Jamie Snowden runner Hogan’s Height bolted up in this race two years ago, so is back to reclaim his crown. Now a 10-year-old, the son of Indian River is only 4lb higher in the weights that his 2019 success. He had last year’s winner Beau Bay some 16 lengths behind him in third that day.

Things haven’t been straightforward for Hogan’s Height since as he spent almost 12 months off the track. He completed in both the Cheltenham Festival Cross Country Chase and Grand National here last spring. On the latter occasion, Hogan’s Height outran odds of 100/1 even if he was never on terms and only 12th.

A spin over hurdles at Newton Abbot in October should see him strip fitter. The Grand Sefton Handicap Chase has probably been a target for Hogan’s Height. Snowden has been in good form in the fortnight leading up to the race too with a 27 per cent strike rate with his runners at the time of writing. Hogan’s Height looks a solid each way bet at 8/1 with BoyleSports with here.

Snowden stable companion Thomas Macdonagh tries the Grand National fences for the first time here, meanwhile. That eight-year-old son of Black Sam Bellamy has very little chase experience. Thomas Macdonagh’s only win in this sphere came when he finished alone at Catterick, so he may not be streetwise enough for the task.

Back Hogan’s Height each way with BoyleSports

The Richard Spencer stable has been among the winner already this month, so 2020 Grand Sefton Chase second Sir Jack Yeats is no forlorn hope. Only Beau Bay proved five lengths too good for this 10-year-old 12 months ago. A son of Yeats, he outran odds of 33/1 when fifth over the Grand National fences in the Topham.

Although Sir Jack Yeats has 13 1/2 lengths to find with Senior Citizen on that form, he meets his old rival off 7lb better terms. If nothing else, that swing in the weights should bring the pair closers together. Sir Jack Yeats is off 5lb lower that day and back down to the mark he ran off here last year. He is 12/1 with William Hill, who pay five places, and definitely one to consider each way.

There is only one below him in the weights with Irish raider Spyglass Hill framing them. Henry De Bromhead’s charge hasn’t looked like winning any of his recent outings off ratings in the 140s, so the UK assessor’s mark of 146 looks harsh. Similar suspicions apply to fellow Emerald Isle raider The West’s Awake, who is 5lb above his last win.

As Grand Sefton Chase trends show, there is no substitute for experience of the Grand National fences here. Bar the horses mentioned, it is double figure prices for that very reason. Something unknown may take to the course, but from a punting perspective that is entirely on trust.

Back Sir Jack Yeats each way with William Hill