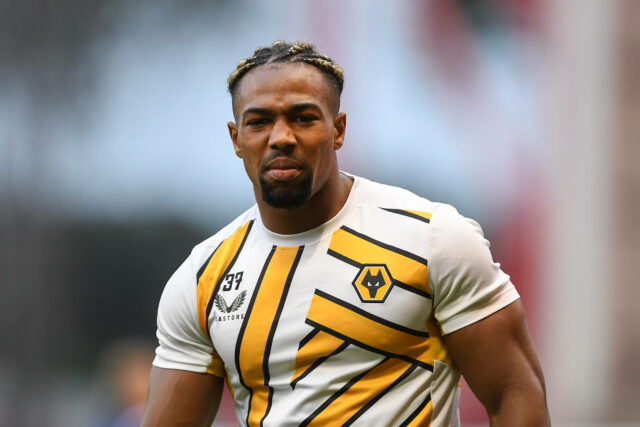 Tottenham Hotspur are close to signing Adama Traore from Wolverhampton Wanderers this summer, according to widespread reports.

Spurs are looking to add one or two players before the end of the transfer window, and bolstering the attacking department seems to be a priority for Nuno Espirito Santo.

Spurs should ideally be aiming to sign a striker, but it appears they have earmarked the Spanish winger as a potential target.

According to a recent report from the Daily Express, it is only a ‘matter of time’ before the deal is done.

Spurs reported have offered to sign the player on loan with an option to buy, worth around £40 million. The offer didn’t appeal to cash-strapped Wolves.

The north London club are looking to change their offer to buy him permanently after the loan spell, which should convince the Molineux outfit.

Former Tottenham star Graham Roberts has expressed his view on Twitter regarding the potential signing of Traore.

have to say despite final ball needing improving for me I would sign @AdamaTrd37 for Spurs all day long! He has totally caused us mayhem in every game we played he takes two players out creates so much space and suits way Nuno wants to play. Be an amazing move for him as well

The 25-year-old previously worked with Nuno during their time together at Wolves. Santo was full of praise for him after Spurs’ last game.

Wolves have already identified a potential replacement for Traore, with Valencia forward Goncalo Guedes in their sights.

However, Wolves boss Bruno Lage has suggested that Traore will stay at Molineux beyond next Tuesday’s transfer deadline.

Read: Boost for Wolves as club have a replacement lined up for 24-year-old.