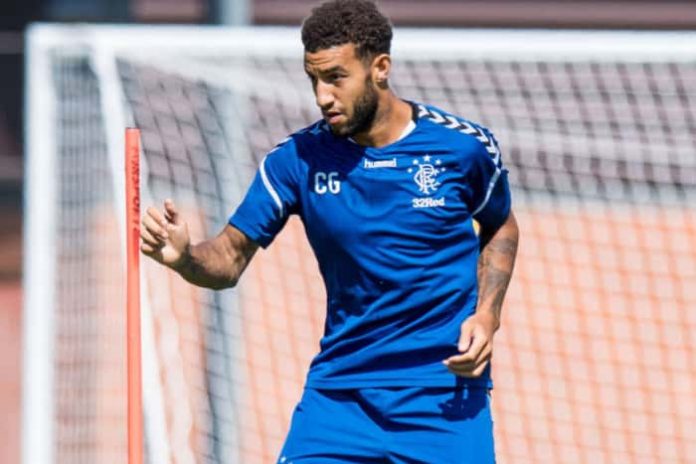 Glasgow Rangers earned a 2-0 victory over Macedonian side FK Shkupi in the first leg of the Europa League first round qualifier at Ibrox on Thursday.

In Steven Gerrard’s first competitive game in charge as the Gers manager, Rangers did just enough to see off their opponent.

The home side took the lead after the 23rd minute with Jamie Murphy opening the scoring in a bright first half. After the break, it was more subdued but Rangers got the crucial second goal courtesy of a late James Tavernier penalty.

There were not many extraordinary performances, but Rangers fans were particularly pleased with the efforts from Glenn Middleton and Connor Goldson.

Judging by the social media reactions, these two players have been heavily praised by the Rangers fans, with many even claiming that Goldson was outstanding during the game.

Indeed, the 25-year-old was a rock at the back and he put in a very assured performance. He joined from Brighton and Hove in the summer transfer window, and many Rangers fans are already in love with him.

Here are some of the best reactions from the Rangers fans about Goldson on Twitter:

I think Connor Goldson has the potential to be a superstar for Rangers.

Impressed with what I’ve seen so far

Connor Goldson is a one man army, absolute machine at the back ????

A win is a win, still pre season I know but much work to be done in attack. Give them time it will come. Glenn Middleton looked good in his cameo, impressed with Connor Goldson too #LetsGo #Rangers

Goldson wasn’t under immense pressure but reassured and very commanding. What a buy he’ll turn out to be.

Big Goldson by a country mile. Strolled through the game!

Over the 90, Goldson was a rock with a nice wee bit of skill for a CB. Middleton’s impact was immense though. We will watch his progress with much interest…