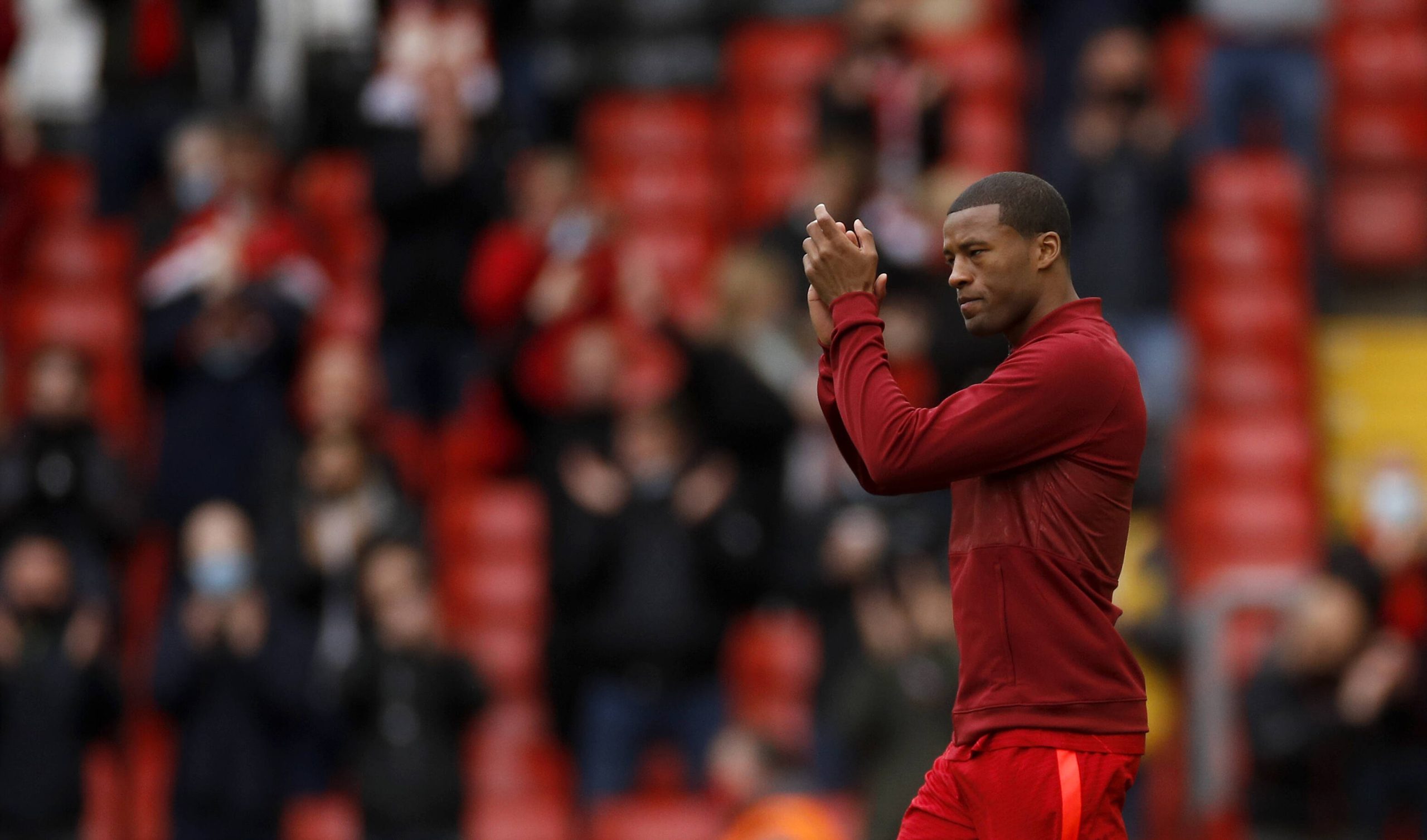 Liverpool not only clinched the Champions League spot but also finished third in the Premier League table after a dramatic final day at Anfield.

The Reds won 2-0 against Crystal Palace in Roy Hodgson’s last game for the club. Sadio Mane scored both goals as Liverpool booked a place for next season’s Champions League.

With Leicester City losing 4-2 against Tottenham Hotspur and Chelsea suffering a 2-1 loss against Aston Villa, the Reds jumped ahead of them on the final day.

Mane looked to have got his mojo back, albeit a bit too late, in front of fans at Anfield in a must-win game that also saw Gini Wijnaldum bidding farewell.

The Dutchman got a great send-off and a guard of honour from his teammates as he ended a memorable chapter of his life at Merseyside.

Georginio Wijnaldum gets a great send off and guard of honour by his Liverpool team at Anfield! 🔴@GWijnaldum pic.twitter.com/Gr10cB8Aae

He has been a massive player for Jurgen Klopp’s side, with the Dutchman playing a huge role in Liverpool’s great success in recent years.

The summer will be pivotal, with Klopp aiming to rebuild the squad. However, one question leaps off the page – how on earth did they manage to finish third?

Losing Virgil van Dijk, and then two other senior defenders for the rest of the season, missing Naby Keita, Diogo Jota, Jordan Henderson and James Milner for a big part of the campaign, missing two January signings through injury at a time when they needed them (at least one of them) – the task was never easy.

It was also a campaign that saw Trent Alexander-Arnold struggling for form in the first half, one that could cost him his place in the England squad for the European Championships.

Roberto Firmino was also below par, while Alisson Becker made a series of howlers to cost Liverpool precious points.

However, it was a great fightback when the odds were against them, after Liverpool lost six games in a row at Anfield, dropped points against Newcastle United, and their top-four hopes were slipping away.