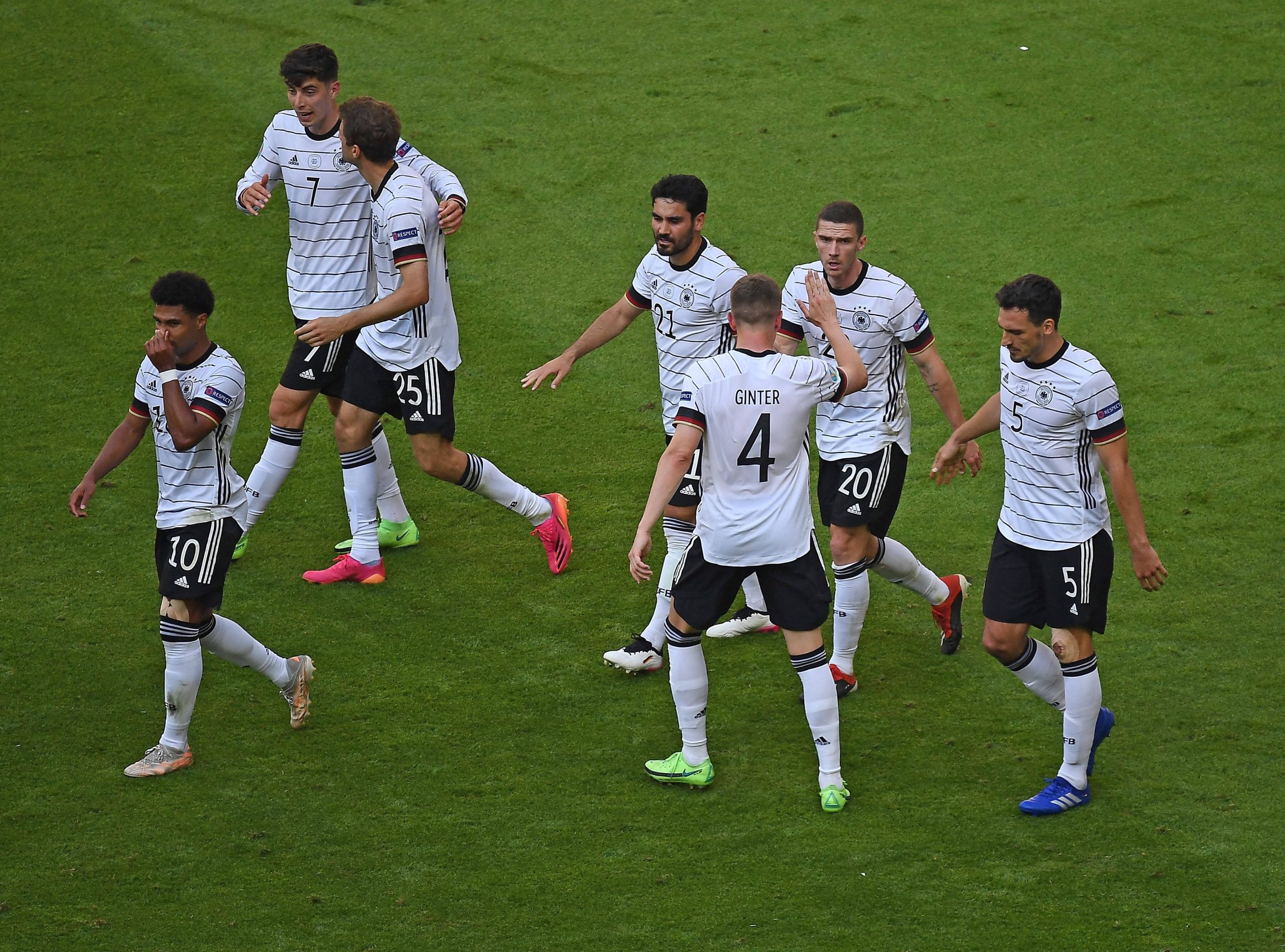 Germany will be looking to book their place in the Euro 2020 knockout stage when they meet Hungary at the Allianz Arena on Wednesday.

The Germans are on the cusp of progressing from the ‘Group of Death’ following a remarkable Matchday 2 display against Portugal.

In theory, the Hungarians can still qualify for the round of 16, though they will need to beat one of the most formidable opponents to make that happen.

After succumbing to a frustrating 1-0 loss to France in their Group F opener, Germany ran riot at Allianz Arena against Portugal, claiming an all-important 4-2 win on Matchday 2.

Including those four strikes in Munich last time out, the Germans have now mustered up 302 goals at major tournaments, at least 118 more than any other European nation.

Joachim Low’s men have been too hot to handle in the attacking third at home, netting an average of 2.6 goals per game across their last ten fixtures on home turf.

However, the Germans are desperate to elevate their defensive performances that have contributed to just three clean sheets in their last 16 outings overall.

Atalanta wing-back Robin Gosens has stunned the world with his jaw-dropping display against Portugal, attracting attention from several top European clubs, including Barcelona and Chelsea.

The 26-year-old scored a towering header and delivered two assists against the reigning European champions, including one to Chelsea forward Kai Havertz.

After firing the Blues to Champions League glory in the 2020/21 final against Manchester City, the 22-year-old became the youngest German player to find the net at the European Championships.

If Havertz gets on the scoresheet against Hungary, he will become the fourth-youngest scorer for Germany in back-to-back major tournament appearances.

Hungary picked themselves up from a 3-0 thumping at the hands of Portugal in their Euro 2020 curtain-raiser, holding reigning World Cup champions France to a 1-1 draw at the packed Puskas Arena.

Ahead of the kick-off, the Hungarians are winless in their last five European Championship fixture on the bounce (D3, L2) since beating Austria 2-0 at Euro 2016.

That triumph against Austria remains Hungary’s solitary clean sheet from ten matches at the European Championships.

Since outscoring Bulgaria 2-1 at the 1966 World Cup, the Magyars have gone winless in their subsequent four final group stage matches at major tournaments (D2, L2).

Marco Rossi will demand a bit more urgency from his players in the later stages of play after seeing his side register five of their last six goals conceded beyond the 80th minute.

The attacking-minded left-back Attila Fiola has found the back of the net twice in his last four appearances for the country after drawing a blank in his first 33 national team outings.

However, Hungary’s most eye-catching performer at the Puskas Arena was Bristol City’s Adam Nagy, who battled Kylian Mbappe and Antoine Griezmann with determination and dignity.

Hungary inflicted a humiliating 8-3 defeat on Germany in the 1954 World Cup group stage before falling to a 3-2 loss in the knockout phase at the same tournament.

Under Low, the Germans have defeated Hungary by over 1.5 goals ‘to nil’ in both H2H meetings, returning a +7 goal difference from those matches.