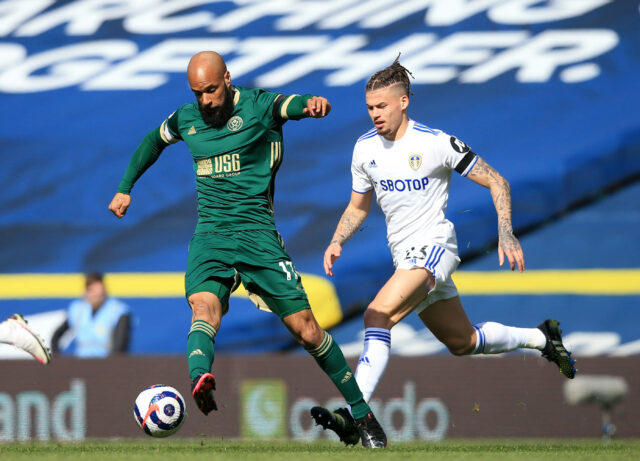 Neville, while speaking on Monday Night Football for Sky Sports, has claimed that Phillips is better on the ball than both Jordan Henderson and Declan Rice.

The Sky Sports pundit has suggested that Phillips will start for England at the European Championships this summer.

The 25-year-old has been arguably the best player of Leeds over the past three years. He has been converted into a holding midfielder by Marcelo Bielsa, and it has changed his career completely.

Using his dynamism, energy, passing ability, intelligence, tackling qualities and ball recovery skills, Phillips has established himself as one of the best defensive midfielders in the Premier League.

He is gradually becoming a key member of the England side and played all three games against San Marino, Albania and Poland during the recent international break.

While discussing this summer’s tournament, Neville suggested that Phillips should start for England as he is better in possession than both Rice and Henderson.

Neville told Sky Sports (Monday Night Football): “Kalvin Phillips is better at passing the ball through the lines at Leeds.

“Henderson and Rice are good on the ball, but I think Phillips is the best out of the three on the ball in terms of accepting the ball and getting it off the back four.

“It has become a really important area for England to connect the back to the front. They’ve struggled over many, many years to be able to do that and get the ball through the midfield. Kalvin Phillips, under Bielsa, is used to getting on the ball all the time.

“Half-turn, pops it through the lines, into the likes of Mount, Rashford, Foden, Sterling – all those players who might play. So for me, I would go for Phillips alongside Rice.”

Phillips is a talented midfielder who has got tremendous potential. He is growing in confidence with every single game he plays for his club and country.

However, is he better than the Liverpool skipper? Henderson is a world-class midfielder who is a proven winner and a leader.

He has got loads of experience and won the Football Writers’ Association’s player of the year award last season.

Both have shown qualities of playing at the back if needed. Phillips will be in contention to start when England face Croatia on June 13.

In other news, check how Liverpool can shape up tactically vs Real Madrid.