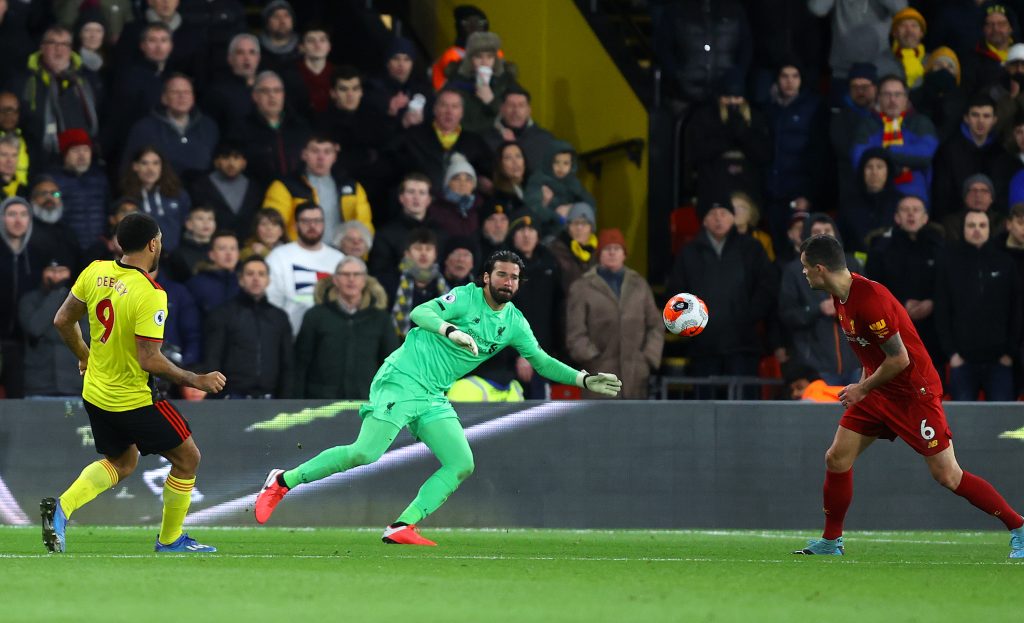 Watford shocked Liverpool at Vicarage Road yesterday, with a second-half brace from Ismaila Sarr and a Troy Deeney goal putting an end to the Reds’ unbeaten Premier League run.

The win provided the Hornets with a much-needed boost in their battle against relegation, and Nigel Pearson will hope his men can replicate yesterday’s performance in each of their 10 games left in the campaign.

Despite enjoying the larger share of the possession (71%), Liverpool could only register a shot on target of their seven attempts, with Watford putting in a resolute performance at the back.

It was the first time Jurgen Klopp’s men had failed to score in a Premier League game since March 2019, ending a run of scoring in 36 consecutive league games.

The hosts were also impressive in the final third, attempting 14 shots and registering five on target, and they will go down in history as the side that stopped the Reds from becoming the first top-flight side to win 19 league games in a row.

Match of the Day presenter Gary Lineker was impressed with Watford’s performance, reacting thus to their victory on Twitter:

Sarr was a constant thorn in the flesh of Liverpool’s defence, and Lineker was quick to remind us that he tipped the Senegalese to become a star while he was at Rennes.