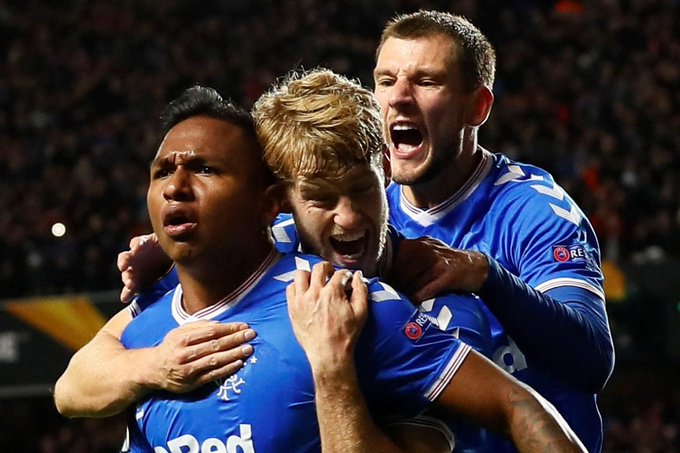 Glasgow Rangers edge closer to booking a place in the knockout rounds after Steven Gerrard’s side won 2-0 against Porto in the Europa League clash at Ibrox on Thursday.

It was a massive night for the two iconic Scottish clubs as Celtic earned their place in the Europa League last 32 with two games to spare after beating Lazio in a dramatic thriller.

Former great England striker Gary Lineker took to social networking site Twitter to express his reaction. He rightly pointed out that it was an ‘excellent evening’ for Scottish football.

Excellent evening for Scottish football: Belting results for @CelticFC and @RangersFC against big clubs. Sure they’re delighted for each other. 🤪

Serie A’s top scorer Ciro Immobile had given Lazio the lead within the opening 10 minutes. James Forrest scored his 11th goal of the season just before the break to level.

The Bhoys defended resolutely as the home side produced a barrage of attacks, but Neil Lennon’s side sealed a dramatic 94th-minute winner as Olivier Ntcham ran on to an Odsonne Edouard pass to secure Celtic’s first win in Italy.