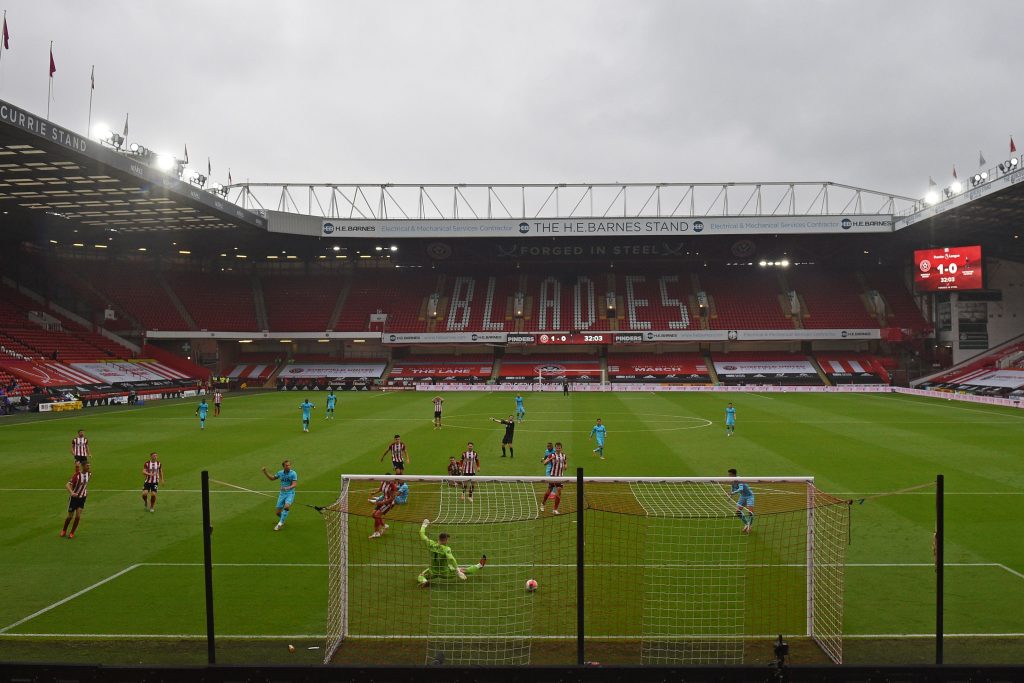 Tottenham Hotspur’s chances of playing in the Champions League next season were dealt a huge blow following a 3-1 defeat at the hands of Sheffield United at Bramall Lane last night.

The game was marred by another huge VAR controversy as Spurs’ equalizer a minute after Sander Berge opened the scoring for the Blades was ruled out because of a handball by Lucas Moura in the build-up.

The Argentine was down when his arm struck the ball as a Sheffield defender attempted a clearance that eventually deflected into Harry Kane’s path.

The England international buried his effort beyond Dean Henderson, but VAR Michael Oliver cancelled the goal after a lengthy check.

It left Tottenham boss Jose Mourinho fuming after the game, and BBC Match of the Day presenter Gary Lineker had three words to say in reaction to the decision.

Spurs couldn’t get back into the game when action restarted for the second-half, and a resilient Sheffield side punished them twice on the counter-attack through Lys Mousset and Oli McBurnie.

Kane had another goal rightly ruled out for offside at 2-0, and it was too little too late by the time he steered in Son Heung-min’s cross in the 90th minute.

I was recently in discussions with FIFA about law changes, mostly around offside. I mentioned the absurdity of the new handball law. Mr Collina, who I’ve a lot of respect for, couldnt comprehend my hatred of it, and how it’s exacerbated by VAR seeing any flick off a knuckle. 🤷🏼‍♂️

They face Everton on Monday and will need to get a win if they are to at least play in the Europa League next term.