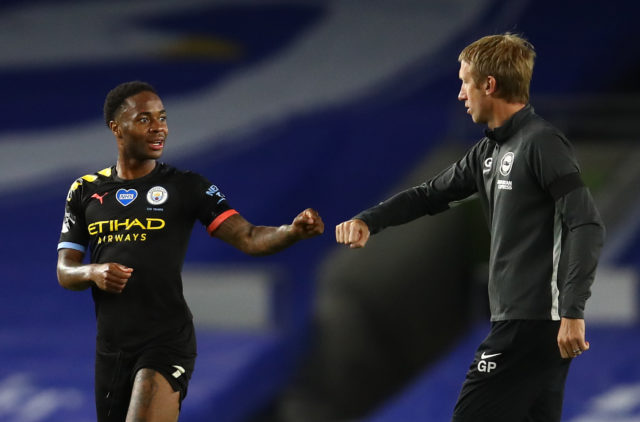 Manchester City showed their ruthless side once again as they breezed past Brighton at the Amex Stadium on Saturday in the Premier League.

Raheem Sterling scored his third hat-trick of the season, as City ensured they will finish in second place in the Premier League.

City, who have lost nine away games this season and had lost their three previous away league games, including a defeat at Southampton last Sunday, never looked like suffering another slip-up against Brighton.

A hattrick for the exceptional and ever improving @sterling7. What a player.

Gorgeous goal from @ManCity finished precisely by @sterling7. They really do play some lovely stuff.

Gabriel Jesus and Bernando Silva scored the other two goals for Manchester City.

Brighton were completely outclassed and did not manage a single shot on target.

Sterling has been in outstanding form this season. He already had four goals in six games since the Premier League restarted and his latest hattrick against Brighton means he has now surpassed the 25 club goals he scored last season.

Jesus, despite often struggling to match the high standards at the club, has now hit the 20-goal mark in all competitions.