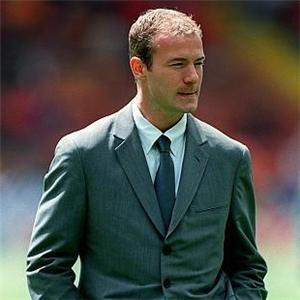 Newcastle legend Alan Shearer was mocked by Match of the Day presenter Gary Lineker for the umpteenth time last night for not winning the F.A Cup during his illustrious playing career.

Closest @ashearer9 has ever been to the FA Cup ?

As a matter of fact, the English Premier League highest goal scorer of all time only won a trophy during his 19 years as a footballer – the top-flight title with Blackburn Rovers in 1994-95.

Nevertheless, Shearer had no choice than to take in the joke in good faith, but not without firing back at the former Tottenham striker.

Lineker couldn’t win the Premier League despite playing six seasons in the top-flight, but he did manage to win the Championship title with Leicester City, the FA Charity Shield with Everton and the FA Cup with Spurs.

Apparently, it’s not the first time the World Cup Golden Boot has made fun of Shearer, and Match of the Day couldn’t help but join in with the fun with a clip of him making mockery of the Newcastle legend on several occasions.

Just all the times @GaryLineker reminded @alanshearer he hasn’t won the #FACup ???