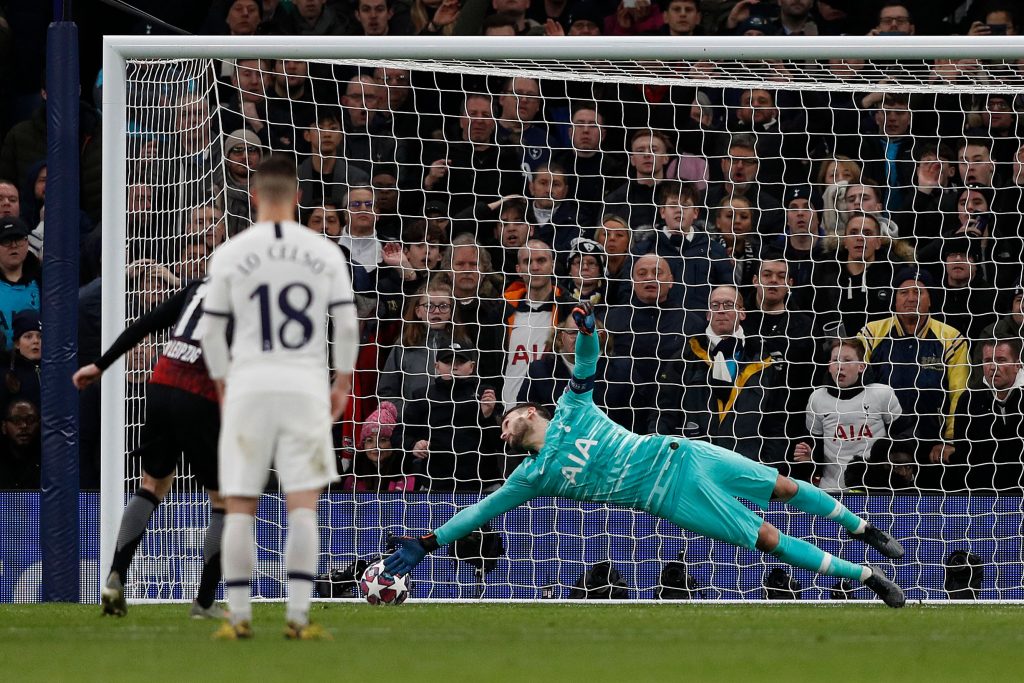 Tottenham Hotspur suffered a 1-0 loss at the hands of RB Leipzig in the first-leg of the Champions League last-16 tie last night.

The visitors dominated the first-half, but Spurs’ goalkeeper Hugo Lloris was on hand to deny their efforts.

The Frenchman almost kept out Timo Werner’s penalty, but he wasn’t fast enough to get his hands on the effort of the Germany international forward.

Leipzig came close to doubling their lead on a number of occasions, but Lloris put up a top performance, ending the night with four crucial saves and leading Match of the Day presenter Gary Lineker to react thus on Twitter:

Give Lloris the man of the match award now.

Tottenham were the better side after boss Jose Mourinho brought in both Tanguy Ndombele and Erik Lamela in the 64th, but it was too little, too late.

Former Spurs star Jermaine Jenas was left fuming after a poor first-half from the hosts, and he couldn’t contain his disappointment during an interaction with a fan on Twitter:

Tell me what to say after that 1st half pls and I’ll say it. https://t.co/Jc7UcHLxli

Tottenham have a huge task on their hands when they visit Germany for the second leg on 10 March, and it will be interesting to see how Jose looks to overturn this result and take his side to the quarterfinals.