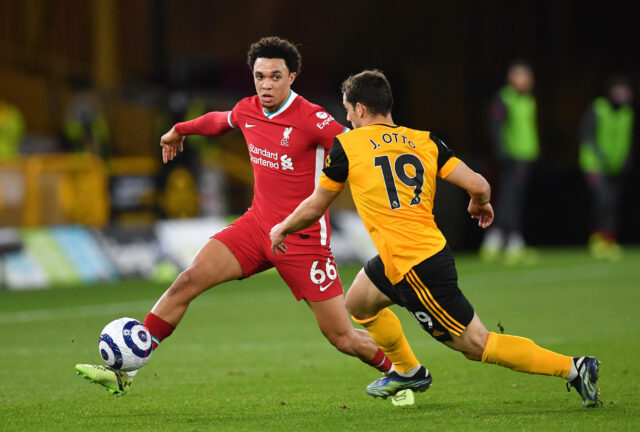 Gary Lineker has been left surprised by Gareth Southgate’s decision to drop Trent Alexander-Arnold from the England squad for the upcoming World Cup qualifiers.

The England squad was announced yesterday as they set to begin their qualifying campaign for the 2022 World Cup in Qatar in the closing days of March. The Three Lions will face San Marino, Albania and Poland.

Southgate has dropped Liverpool right-back Alexander-Arnold, and the decision has sparked reactions from several journalists and football pundits.

The Times journalist, Henry Winter, has suggested that it was a “harsh” and “counter-productive” decision taken by the England boss.

He has suggested that the 22-year-old right-back is a “true professional” and has never let Southgate down. The Liverpool defender is one of the most “technical players around”, and the decision appears to have baffled him.

Southgate contacted Alexander-Arnold to stress his omission was form-related and he remains in #eng thoughts. Southgate pointed out that he also left Walker and Trippier out in the past and they fought back. GS emphasises that “Trent is a super talent”. But still left him out.

Lineker has said he agrees with what Winter has said and suggested that he is left “somewhat bewildered” by Alexander-Arnold’s omission.

The Athletic journalist James Pearce has suggested that it was a “ridiculous decision” from Southgate, before adding that it’s good news for Liverpool as the player will now get adequate rest.

Southgate confirms he has dropped Trent Alexander-Arnold.
"I don't think he's played at the level he's been at during the last few years. He’s a big talent and I’m sure he will play a big role for England in the future.”

Alexander-Arnold struggled with form and fitness at the start of the season, but he has arguably been Liverpool’s best player in recent months.

Southgate has hailed him as a “super talent” and has suggested that the defender “will play a big part with England in the future”.

In other news, check the full 26-man squad picked by Southgate for England’s next three games.