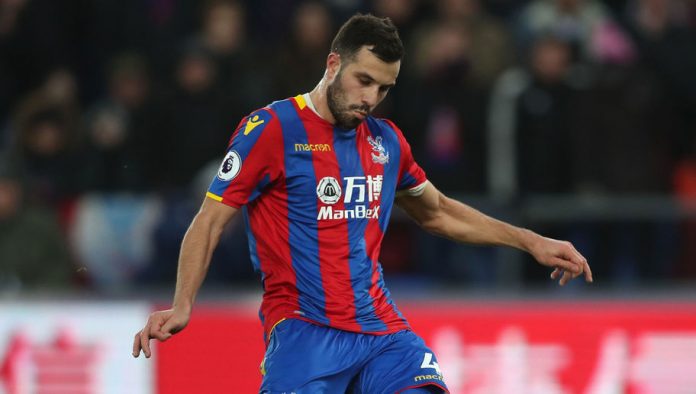 The Former Tottenham forward was impressed with the Serbian international’s performance as Palace earned a crucial 2-0 win away from home.

Roy Hodgson’s side are struggling for survival in the Premier League, and the result have taken them out of the drop zone.

The 26-year-old scored the second goal of the match from the penalty spot to seal all three points for the Eagles, and Crooks says that they need big performances from the Serbian if they are to avoid the drop.

Milivojevic, who joined the London club in 2017 for a fee in the region of  £13m has been ever present for Palace this season having made 29 appearances for the club.

He has scored eight goals in the Premier League this season, and his goal conversion rate from the penalty spot has been simply brilliant.

Crooks says that Milivojevic has provided an element of steel in the Palace midfield and Hodgson’s side will have to produce “nerves of steel” in order to stay up in the Premier League.

“It’s not been an easy season for Crystal Palace but the victory away at Huddersfield will go a long way to making the Eagles feel an awful lot better,” said Crooks to BBC Sport.

“The arrival of Luka Milivojevic in midfield has provided an element of steel and a lot of nerve. The Serbia international has produced important penalty conversions during this Premier League campaign for the Eagles but none more so than against Huddersfield.

“Palace are going to have to demonstrate nerves of steel if they are going to survive this season. Milivojevic definitely has what it takes in that department.”