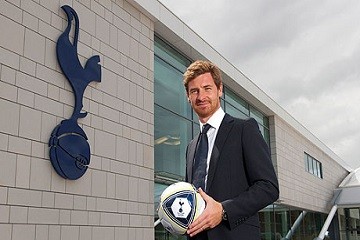 Marseille manager Andre Villas-Boas has finally responded to reports linking him with the Newcastle United job, claiming a return to the English Premier League isn’t on the cards.

The Portuguese managed Chelsea and Tottenham Hotspur in the English top-flight before leaving for Zenit Saint Petersburg in 2014.

Villas-Boas had a stint with Chinese Super League’s Shanghai SIPG prior to joining Marseille last May, and he is one of the managers that has been tipped to succeed Steve Bruce at St. James’ Park once Saudi Arabia’s Public Investment Fund’s £300 million takeover of the Magpies goes through.

The 42-year-old has ruled himself out of the running for the job, though, and would-be Newcastle owners will have to look elsewhere.

“I do not want to return to the Premier League. I have already done that. I want to do something else. It is not the league that was the happiest for me,” Villas-Boas told RMC (via GFFN).

“I had a marvellous year at Tottenham, where we finished with a points record. But my half-season with Chelsea and the one that followed at Tottenham were not successful.

“So, I want to continue to do things because I still have plans for my career. In any case I am very happy at Marseille, I want to do the Champions’ League with Marseille.”

Bruce isn’t popular with Newcastle fans despite the work he has done since succeeding Rafa Benitez last summer.

The Toons are currently 13th in the table after picking up 35 points from 29 games, and they are not at the risk of relegating with two more wins most likely to be enough to guarantee them safety.

That won’t likely be enough to guarantee him his job beyond the end of this campaign though, and while one former Spurs boss has ruled himself out from succeeding him, another one remains linked with the job.

Mauricio Pochettino has also been tipped to take over from Bruce, and it remains to be seen who will be in the Newcastle dugout next season.