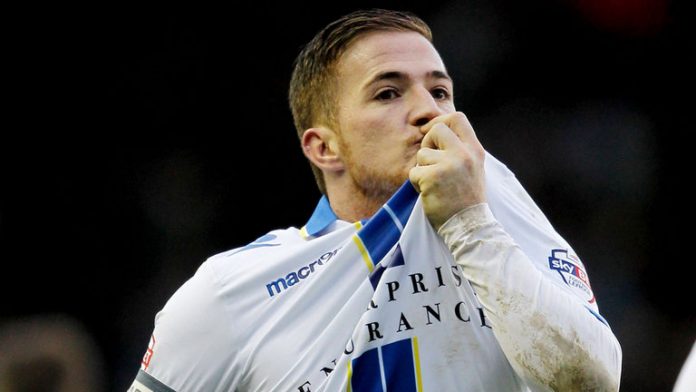 Ross McCormack could be set to make a surprise return to Leeds United.

McCormack left Elland Road for Fulham three years ago, but according to the Daily Mail the Championship club are interested in adding him to their squad to boost their promotion bid.

The 30-year-old spent last season with Aston Villa, but he struggled to recapture his previous form and spent the second half of the campaign on loan to Nottingham Forest.

Sunderland have also been linked with a move for McCormack, but Leeds are on the hunt for another striker after allowing Marcus Antonsson to spend the season at Blackburn Rovers and could be a more likely option.

The Scotland international scored 58 goals in 157 games during his previous spell at Leeds, before adding another 42 in 100 for Fulham.

A £12 million transfer to Villa Park at the start of last season hasn’t worked out as McCormack would have hoped, meaning a switch back to his former club could appeal.

Leeds have also been heavily linked with Hamburg’s Pierre-Michel Lasogga, with the striker reportedly in talks with the club about a move.

Lasogga was thought to be a possible replacement for New Zealand striker Chris Wood, but Leeds rejected a £12 million offer from Burnley for the 25-year-old last week.

Wood played against Preston North End over the weekend, although he failed to find the target as Leeds were held 0-0 by the Lancashire side.

Leeds’ boss Thomas Christiansen is eager to add extra firepower to his squad, with Wood the only player to reach double figures in the club’s goalscoring charts last season.