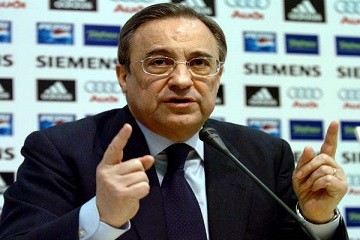 The Argentine has turned the North London club into one of the best teams in England and on the continent, helping them to four top-four Premier League finishes and a Champions League final in five years.

It remains to be seen if Pochettino will remain with Spurs going forward, but Madrid president Florentino Perez has denied every trying to sign him.

Nevertheless, he doesn’t rule out making a move for him in the future.

“(Jurgen) Klopp and Pochettino are phenomenal,” the Spaniard told Onda Cero (as reported by ECHO)

“I’ve never tried to sign them, but that doesn’t mean we won’t try in the future.”

Spurs qualified for their first ever Champions League final despite losing five of their 12 games thus far, and winning at the expense of Liverpool on Saturday will further endear Pochettino to suitors.

The Argentine wasn’t able to sign players in the last winter and summer transfer windows, and could be tempted to leave for a more pleasing project if he doesn’t get the desired support at Tottenham.

He has also been linked with Manchester United, Barcelona, AC Milan and Juventus at various points, and it will be interesting to see where he goes next after leaving Spurs.