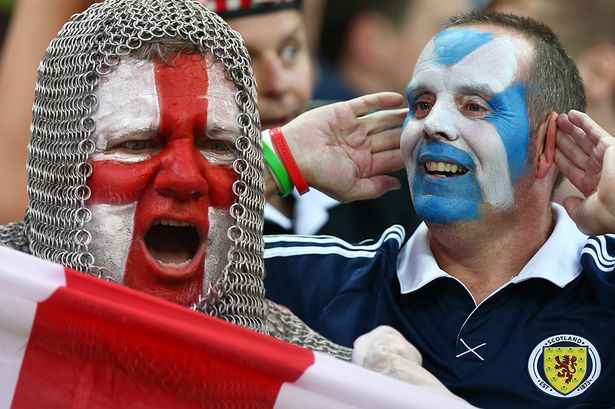 Club Football takes a brief hiatus as international football takes centre stage this week. Another exciting round of FIFA 2018 World Cup Qualifiers will start its proceedings from Thursday, and we have some exciting games to look forward to.

England under caretaker manager Gareth Southgate will face Scotland on Friday in what is going to be the 113th meeting between the two sides.

It is for the first time since November 1999 that the two countries are meeting each other in a competitive match that will be played in front of a 90,000 sell-out crowd at Wembley.

After three qualifying rounds, France and Sweden are tied at the top with seven points each and the two sides meet on Friday at the Stade de France on November 11.

The Netherlands are third in the table at the moment with four points. The Oranje will face bottom placed Luxembourg on Sunday, a game they are expected to win.

Switzerland have won all their qualifying games so far and La Nati are expected to maintain their unbeaten run when they face Faroe Island on Sunday.

Portugal, the Euro 2016 winner, is second on the table with six points. Cristiano Ronaldo has hinted at a return to his old form after scoring a hat-trick against Alaves last month. However, he hasn’t scored in his last two games and will be looking to get on the scoresheet for his nation when Fernando Santo’s team faces Latvia on Sunday.

Czech Republic, with only two points under their belt, need to win against Norway in order to have any chance of progressing to the next round.

Germany will look to extend their lead at the top when they face San Marino on Saturday. Northern Ireland have a tough fixture against Azerbaijan who are undefeated in the qualifying campaign so far.

Wales vs Serbia is undoubtedly the must watch game this week.  The Serbs are leading the group with seven points while Chris Coleman’s side with five points are in third position. The Euro 2016 semifinalists are unbeaten so far, but have drawn two of their three qualifying matches that has put them in an uncomfortable situation.

By the end of round four, we will have a clear idea which two teams will progress automatically from this group. Both Poland and Montenegro are tied at the top with seven points. And if both of them win their respective fixtures, it will be difficult for the rest to catch up with them.

England are top of the group with seven points and are feeling confident ahead of their clash against Scotland. The Three Lions are choc-a-bloc with some exciting young players but time and again we have seen England failing to play as a unit in international stages. One of the major problems Southgate faces is all his strikers are out of form at the moment.

For instance, Jamie Vardy hasn’t really fired for Leicester this season. The same can be said about Manchester United skipper Wayne Rooney, who has scored just once in the Premier League so far. Daniel Sturridge has hardly featured in the league for Liverpool and Harry Kane has only returned to first team action after a long injury lay-off.

It is the most open of all the groups, where all the four teams have a genuine chance of qualifying for the World Cup and we may witness a big upset here. Spain and Italy are still leading the group with seven points but Albania and Israel are breathing down their necks with six points each. The race could go down to the wire and results against the top four could determine the fate of the group.

During the October international break, Eden Hazard showed signs of returning to form when he scored two goals in successive World Cup qualifiers against Bosnia-Herzegovina and Gibraltar respectively. Since then, the Belgian winger has went on to score in his next four Premier League games for Chelsea. He is playing with supreme confidence and enjoying his game again. His other teammates – Romelu Lukaku and Kevin de Bruyne – are in devastating form for Everton and Manchester City as well. Whether Belgium can finally play as a unit under Roberto Martinez remains to be seen. So far the results are positive.

Croatia and Iceland who are tied at the top with the same number of points face each other in their next match. Ukraine, the nearest challenger, must win against Finland to keep their hopes of qualification alive.