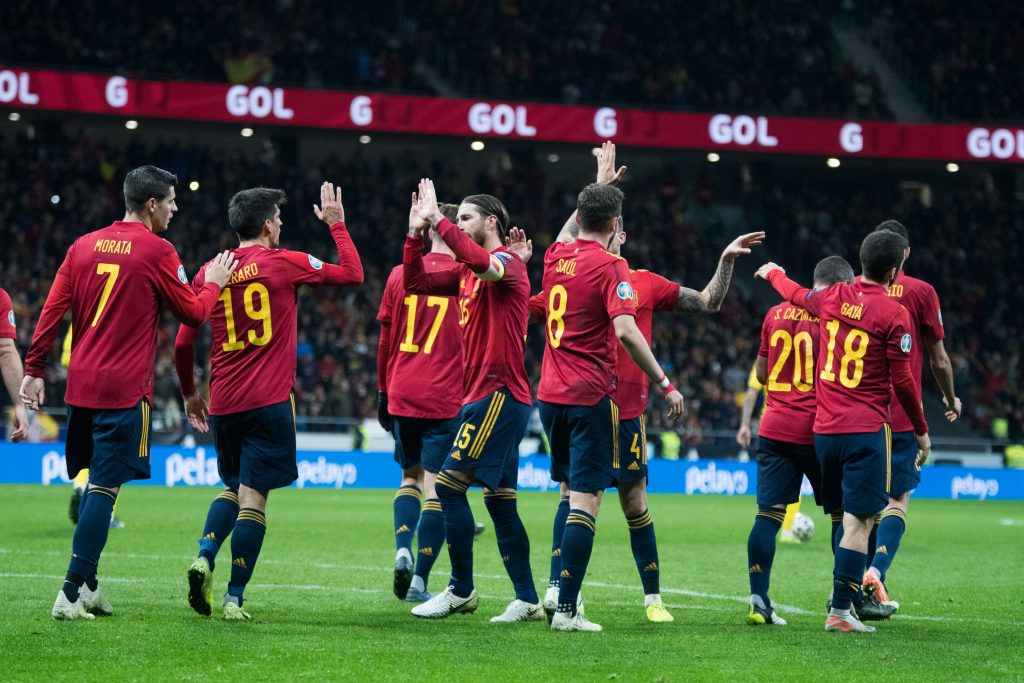 Parken Stadium in Copenhagen hosts a high-profile Euro 2020 last-16 showdown between the 2018 World Cup runners-up Croatia and Spain on Monday.

Both teams have a point to prove in Denmark after blowing hot and cold at the tournament so far, with the Croats looking to reach the Euro quarter-finals for the first time since 2008.

Meanwhile, the Spaniards are eager to regain their status as European supreme force after disappointing in their last two major tournament appearances.

Despite failing to win their opening two group stage matches (D1, L1), Croatia have reached the Euro 2020 knockout stage thanks to a 3-1 thumping of Scotland on Matchday 3.

Since the start of the 2018 World Cup, Zlatko Dalic’s men have found the net in nine of their ten matches across major tournaments, with a 1-0 loss to England in their Euro 2020 curtain-raiser being the lone exception.

However, the Blazers have failed to negotiate the first knock-out round of the European Championships in each of their last four attempts and have lost each of their previous seven meetings with FIFA’s top ten nations.

Though they are unlikely to lack motivation, pursuing revenge against Spain could be an added incentive for the 2018 World Cup runners-up.

Spain gave Croatia their heaviest defeat in international football, hammering them 6-0 in the Nations League back in September 2018.

Ivan Perisic, who has had a hand in three of Croatia’s four goals at Euro 2020 so far, won’t be available for a crunch meeting with the Iberian side after catching coronavirus.

With the Inter Milan star ruled out, AC Milan forward Ante Rebic should return to the fold after surrendering the starting berth to Nikola Vlasic against Scotland.

Real Madrid star Luka Modric, who netted a stunner against the Tartan Terriers, will play an instrumental role in the midfield alongside Chelsea’s Mateo Kovacic.

Spain recovered from back-to-back draws at the beginning of their Group E journey to dismantle Slovakia 5-0 in their final group stage fixture and secure a second-place finish.

Both of Spain’s previous appearances at major tournaments have ended in the round of 16.

The last time they suffered three consecutive eliminations at this stage of top tournaments was between 1994 and 2000.

Each of Spain’s six goals at Euro 2020 so far has come from different sources, including two own goals.

Interestingly, the Spaniards have missed both penalties at the tournament thus far, with Gerard Moreno and Alvaro Morata wasting spot-kicks against Poland and Slovakia, respectively.

Sergio Busquets’ return to the starting line-up after the opening two matches brought a new dimension to Spain’s play, though it came at the expense of Manchester City’s Rodri.

The Barcelona stalwart joined his club teammate Pedri and Atletico Madrid’s Koke in Enrique’s three-man midfield, with the same trio expected to start against Croatia.

Croatia responded to a 6-0 humiliation to Spain with a 3-2 home win in the return leg of their Nations League doubleheader and will be looking to build on that success this time around.

Curiously, none of the four competitive meetings between these two nations have ended level, with each time recording two victories apiece.

Both of their previous H2H encounters have produced 2+ second-half goals in matches garnering over 2.5 full-time strikes.