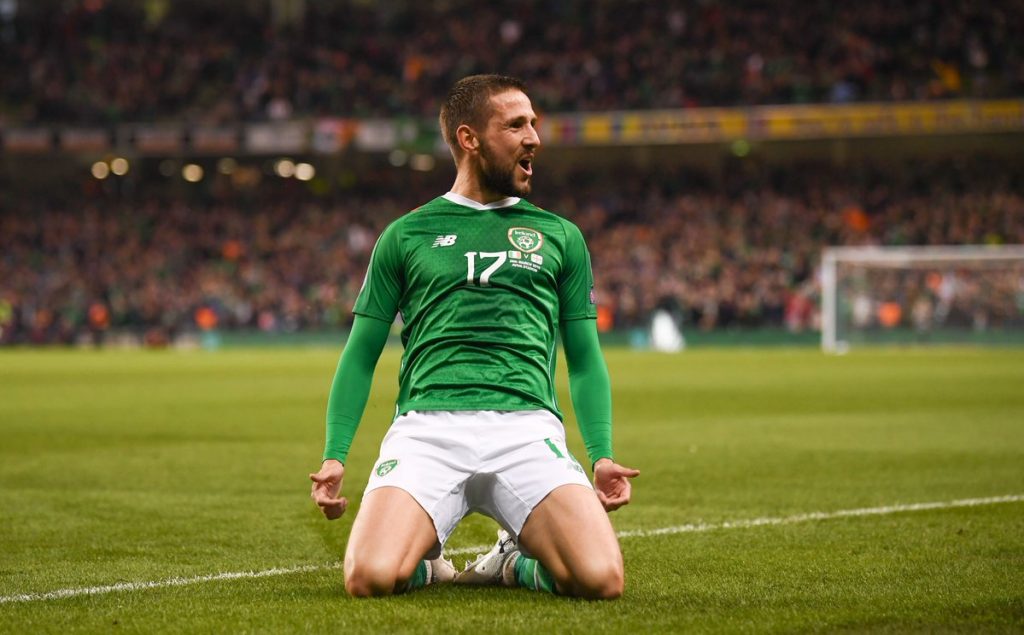 Ireland, who won 1-0 against Group D minnows Gibraltar on Saturday, won by the same scoreline at the Aviva Stadium.

The Irish fans threw tennis balls onto the pitch in protest at John Delaney remaining in the FAI hierarchy. However, shortly after the delay, Hourihane scored a magnificent free-kick to give his side the lead.

Football fans all over the world were quick to praise the Aston Villa midfielder on social networking site Twitter. Here are some of the selected tweets:

Is there an argument to be made that in a footballing sense the protest gave the Irish team time to organise the free kick in terms of Duffy and Hourihane being in sync/Duffy blocking out the far end of the wall and Hourihane aiming for that bit of the wall ? #12thManProtest

Death, taxes and Conor Hourihane curling them in. For me the best ever ???? pic.twitter.com/414S3vAq8s

Hourihane scored that exact free kick against Blackburn and Derby. He’s playing so well at the minute. Grown into the jersey.

Hourihane, who won only his eighth cap for his country, curled in a superb free-kick with his left-foot, although question marks remain on the positioning of the goalkeeper.