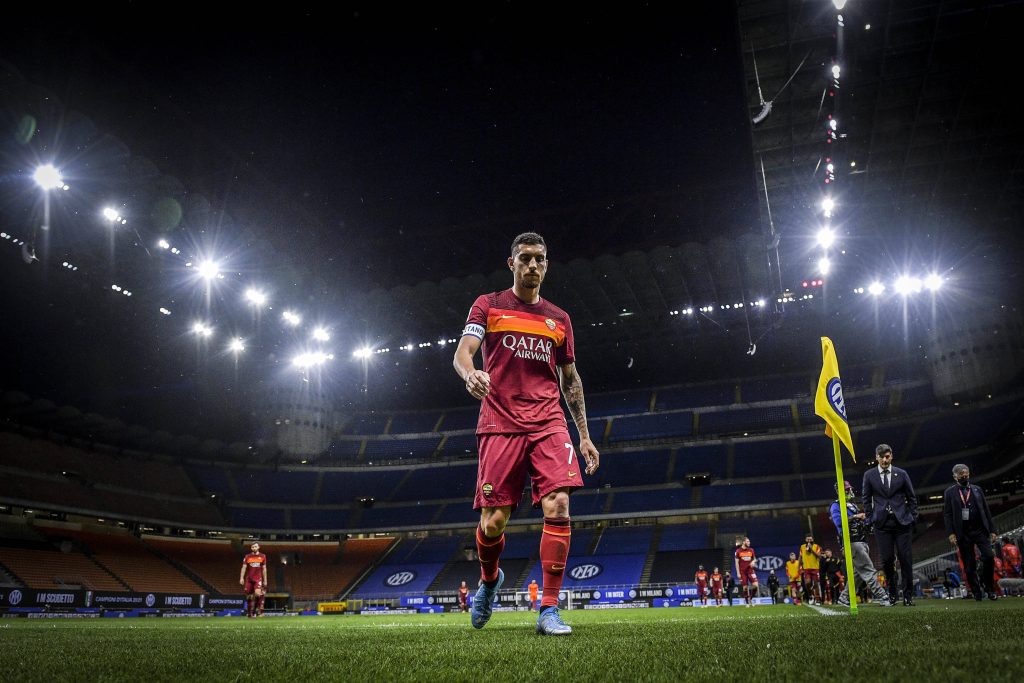 Roma midfielder Lorenzo Pellegrini is on the radar of Tottenham Hotspur, according to Italian journalist Gianluigi Longari.

He has a contract with the Italian outfit until 2022, and the two parties have not reached an agreement regarding a contract renewal.

Pellegrini has a release clause of around £25.7 million, and newly appointed Tottenham director Fabio Paratici is an admirer of the player.

Spurs could certainly use a goalscoring midfielder next season, and the 25-year-old seems like the perfect fit.

Pellegrini could complete Nuno Espirito Santo’s midfield unit. He has the skill set to complement Pierre-Emile Hojbjerg and Tanguy Ndombele.

The Roma star bagged 11 goals and nine assists across all competitions last season.

The 25-year-old can play in several midfield roles, and his versatility would be a major asset for Spurs.

Roma will have no option but to sell if the London club trigger his release clause, although his contract situation may force them to consider a lower offer.

The Serie A club will not want to lose Pellegrini on a free transfer next year and may decide to cash in this summer.

On that basis, it would be no surprise to see Spurs test Roma’s resolve with a bid over the coming weeks.