Fabio Cardoso happy with the expectation levels at Rangers 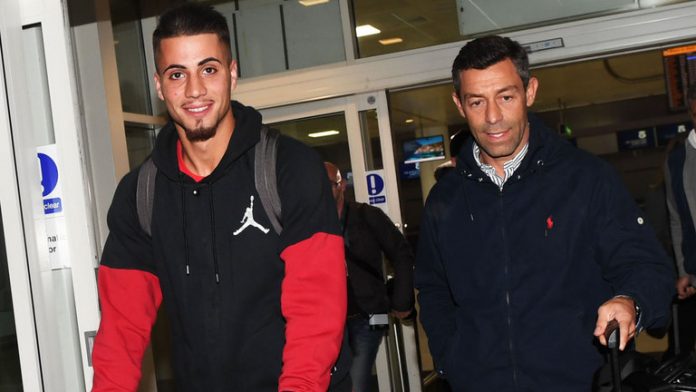 Fabio Cardoso says he is comfortable dealing with the weight of expectation placed on the Rangers squad.

The Portuguese defender, who joined the club from Vitoria Setubal this summer, has made an impressive start at Ibrox alongside compatriot Bruno Alves.

Rangers fans are desperate for success in the Scottish Premiership this term after seeing rivals Celtic romp away with last year’s title, but Cardoso insists the players can handle the pressure.

“We play under pressure not only from the supporters but also from the club,” he told Rangers TV.

“It’s a club with an amazing history and we have to be at the level of the club.

“We always have to give everything for them (the supporters) and the club.

“The only way of doing that is winning and working hard every day.”

Cardoso returned to Portugal to visit his family during the international break, but he says he’s enjoying the challenge of settling into his new surroundings in Scotland.

“I have had to change my routine and habits, but I like the way I live in Glasgow,” he added. “I like the food, I like the city, I like the people, and I love the club.

“After training I used to like to go and have lunch at the beach next to the sea’ so that is a bit different to here.

“I have still seen my family a lot. They are not too far away – it is only three hours on a plane.

“It’s always good to be home. I enjoyed the sun for a couple of days, but now I am back to work – fresh and ready.”

Rangers are back in Premiership action this Saturday at home to Dundee.