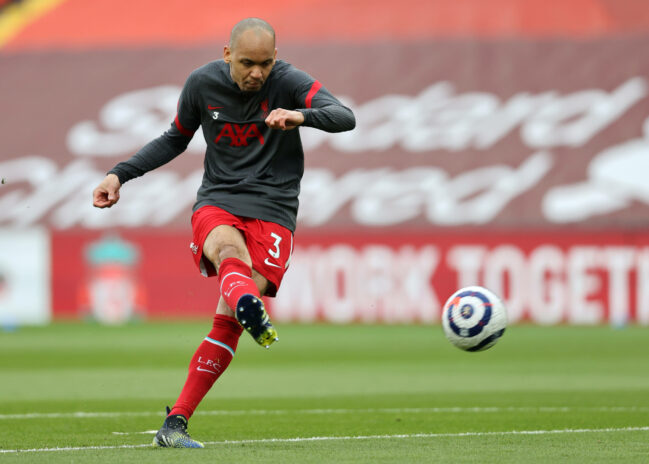 Liverpool will face Real Madrid in the Champions League quarter-final second-leg at Anfield on Wednesday.

The Reds lost 3-1 in the first leg in Madrid, and they need a near-perfect performance to book a place in the semi-final of the competition.

Mohamed Salah’s crucial away goal has given the Reds a glimmer of hope.

Ahead of the match, Liverpool midfielder Fabinho took to social networking site Twitter to post a message for the Reds fans.

All set and ready to the big one tomorrow. Let's go! 🔴🙏🏾 #YNWA pic.twitter.com/8Mosx7mfAA

Liverpool have struggled this season at Anfield, with the absence of the Reds fans being badly felt.

They needed a moment of inspiration from Trent Alexander-Arnold to seal all three points against Aston Villa last weekend after losing six home games in a row in the Premier League.

It will be interesting to see how Liverpool shape up for this do-or-die game.

With the Reds needing a minimum of two goals, Jurgen Klopp can deploy a three-man midfield using Thiago and Gini Wijnaldum alongside Fabinho.

Alternatively, Klopp could use all of his four forwards – Diogo Jota, Salah, Sadio Mane and Roberto Firmino.

In that case, Fabinho could be pushed back in defence to partner Ozan Kabak, with Nathaniel Phillips missing out.