To add to the ‘Get Into Football‘ campaign of the FA, they have launched a new film starring Sky Sports pundit Chris Kamara. The film, titled ‘Lucky Jock Strap, sees Kamara starring alongside Tottenham strikers Peter Crouch and Jemain Defoe as well as Manchester City midfielders Gareth Barry and Shaun Wrigh-Phillips in a light take on the grass-root level games.

The Film, while taking a comical look at the 11-a-side game, delivers a serious message surrounding The FA’s Get Into Football campaign and it is designed to underline The FA’s 11-a-side recruitment program. It aims to inspire and support adults to keep playing 11-a-side football. FA’s objective is to retain 30,800 men’s teams and 480,000 players by 2012. 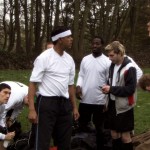 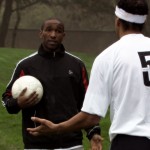 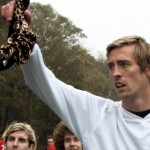 The film is created by Contentment Worldwide and it centers around Chris Kamara and his teammates, including England stars, preparing for an 11-a-side fixture and enjoying some pre-match banter. The scene is a reminiscent of the fun enjoyed by grass-roots sides up and down the country. The film can be viewed online at TheFA.com/GetIntoFootball, on Soccerlens’ YouTube channel or below:

“I had so much fun making the Lucky Jock Strap film with Crouch, Defoe, Barry, Wright-Phillips and the rest of the guys. It’s great that The FA is taking the 11-a-side grassroots game seriously as it’s where it all started for me. The banter and team spirit that exists between players is all part of the enjoyment of the game. I hope this film helps to inspire those to take up or continue playing 11-a-side football as it’s a great way of having fun with your mates.”

For more information, visit: The FA’s Get Into Football campaign