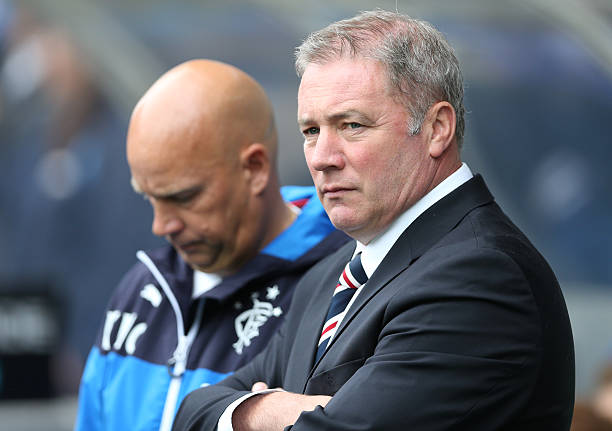 Celtic got an early Christmas gift on Sunday, pipping Rangers to the Scottish League Cup at Hampden Park.

The Hoops didn’t play well, registering just one shot on target all game, but it was still enough to break the Gers’ hearts.

Christopher Jullien’s header in the 60th minute was the difference, but replays have shown that the Frenchman was offside.

Former Rangers boss Ally McCoist is apparently yet to get over the controversial defeat, going on a lengthy rant on radio yesterday.

As if that wasn’t enough, McCoist’s fellow talkSPORT presenter Laura Woods decided to troll him with a Celtic-themed Christmas gift.

The unsuspecting Rangers legend reacted brilliantly, and it will no doubt leave Celtic fans in stitches:

Christmas is coming & presents are being dished out at talkSPORT! 🎁

However, Ally McCoist wasn’t NOT happy with @Laura_Woodsy’s gift! 😡#RangersFC supporters will be big fans of Ally’s reaction here… 🤣 pic.twitter.com/ZRU0bY0H6O

Rangers will have the chance to revenge when they visit Parkhead to clash with Celtic on the 29th of this month, and the result would have a huge say on the Scottish Premiership title race.

Steven Gerrard’s men are currently two points behind Neil Lennon’s men after 15 league games, and they have to prove they are worthy contenders after suffering a 2-0 loss when both sides met at Ibrox in September for the first Old Firm clash of the season.