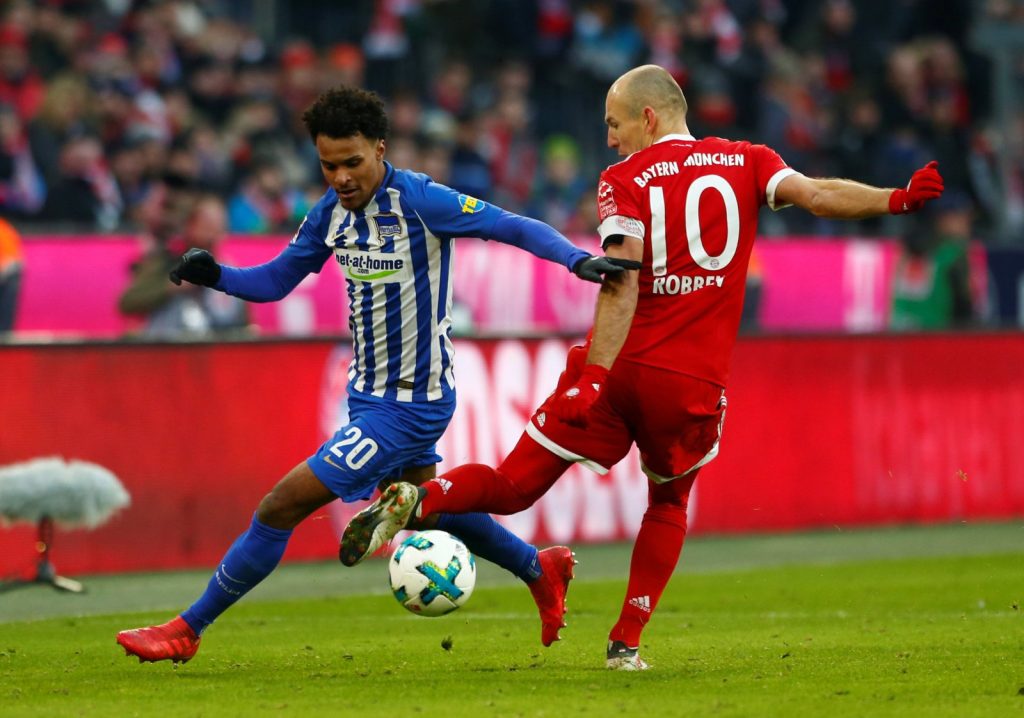 Everton are interested in the versatile Bundesliga ace Valentino Lazaro.

According to journalist Raffaele Auriemma, the Toffees want the €30m-rated player this summer. However, they are not the only ones after him.

The likes of Napoli and Leicester City are keen on the player as well. Apparently, the player’s agent is already in talks with the Italian club.

SportWitness have translated the journalist’s comments on the player and Everton’s interest.

He said: “Lazaro’s agent is talking to Napoli… The price is very high. Hertha Berlin asks for €30m, but for €25m you can take him away. There are Premier League clubs who follow him, particularly Everton and Leicester, who continually observe him during Hertha home games.”

Lazaro can play as a right back as well as a right-sided winger. He has been likened to the Chelsea star Willian because of his playing style.

The 23-year-old is highly rated in Germany and he has been very impressive for Hertha this season.

Everton could certainly use someone like him, especially with Seamus Coleman past his peak. Lazaro would be the ideal replacement for the 30-year-old.

It will be interesting to see if Marco Silva can pull it off. The move would be quite a coup for the Toffees.

Lazaro is a top talent and he could join a club playing in the European competitions.