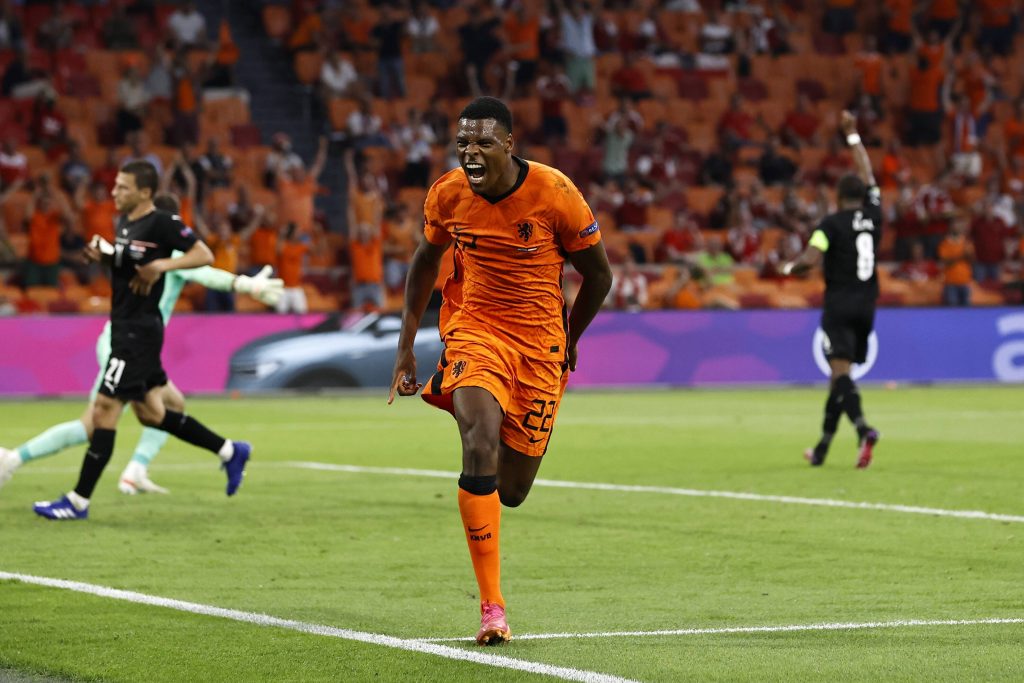 A selection of Everton fans believe the club are unlikely to sign Denzel Dumfries this summer after his standout displays at Euro 2020.

Dumfries had a good season with PSV Eindhoven last term, registering four goals and nine assists from 42 appearances in all competitions.

He played the entire campaign as a right-back but has featured in the wing-back role for the Netherlands at the European Championships.

Dumfries bagged the man of the match in the 3-2 win over Ukraine, creating two big chances and scoring the winning goal in the 85th minute.

He continued his fine form during the 2-0 win over Austria last night. He won the penalty for the opening goal before netting the second in the 67th minute.

The Toffees were reportedly planning to discuss his transfer from PSV following the conclusion of the Euro 2020 campaign this summer.

However, his recent displays have caught the eye of Serie A champions Inter Milan, and there could be more high-profile interest in the coming days.

Some Toffees fans on Twitter have concluded that the club have already missed their opportunity to secure his services.

Others believe the 25-year-old could still end up signing for the Merseyside outfit.

Another great game for Dumfries – time to get the deal done! #EFC #NED

Missed the boat with Dumfries.

He will be joining one the elite clubs now.

I am 100% sure we won't get Dumfries, he will join other team and at the end we will see Zeki Çelik at right back. #EFC

not going to get dumfries are we

Dumfries was valued at £14.4 million by Transfermarkt before Euro 2020. His price could at least double with the stunning displays at the tournament.

The Toffees have missed the trick in signing the defender in advance. They could now face a losing battle with potential competition from elite European clubs.