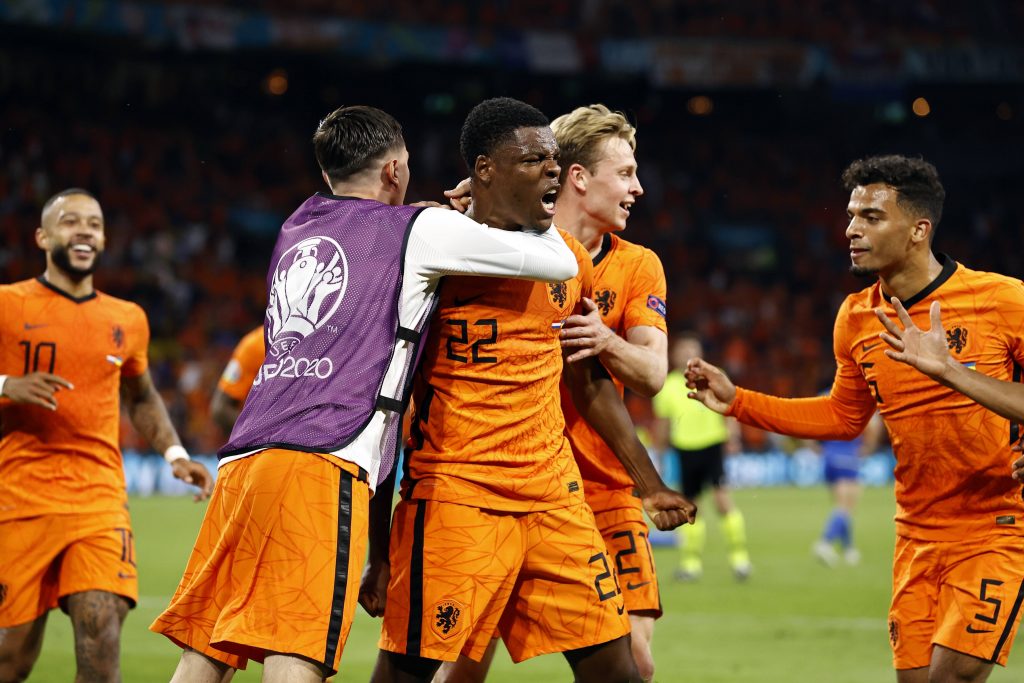 The right-back had an impressive 2020/21 season for PSV, registering four goals and nine assists from 41 appearances in all competitions.

He recently played for Netherlands at right wing-back against Ukraine at Euro 2020 and produced a dominant attacking display over 90 minutes.

Dumfries was culpable of missing two clear-cut chances but made amends by playing in the run-up to two goals and finding the winner in the 3-2 triumph.

The Toffees are weighing up an approach for the PSV captain, but it appears that they could face direct competition from the Nerazzurri.

Inter are open to selling Achraf Hakimi this month to balance their books to avoid future Financial Fair Play sanctions.

Dumfries has played at right-back throughout his career, but he looked comfortable in the right wing-back role for the Dutch last weekend.

The Nerazzurri recently replaced Antonio Conte with Simone Inzaghi as their new boss, but he could continue with the successful 3-5-2 set-up.

The Toffees have identified Dumfries as an upgrade for the right-back position, but they could face a tough task of luring him if Inter make an approach.

The Merseyside outfit no longer have the presence of Carlo Ancelotti, whose big reputation could have boosted their chances of luring the 25-year-old.

Both clubs are monitoring the player, but Inter would have the clear advantage if they are assuring Dumfries a starting role alongside Champions League football.