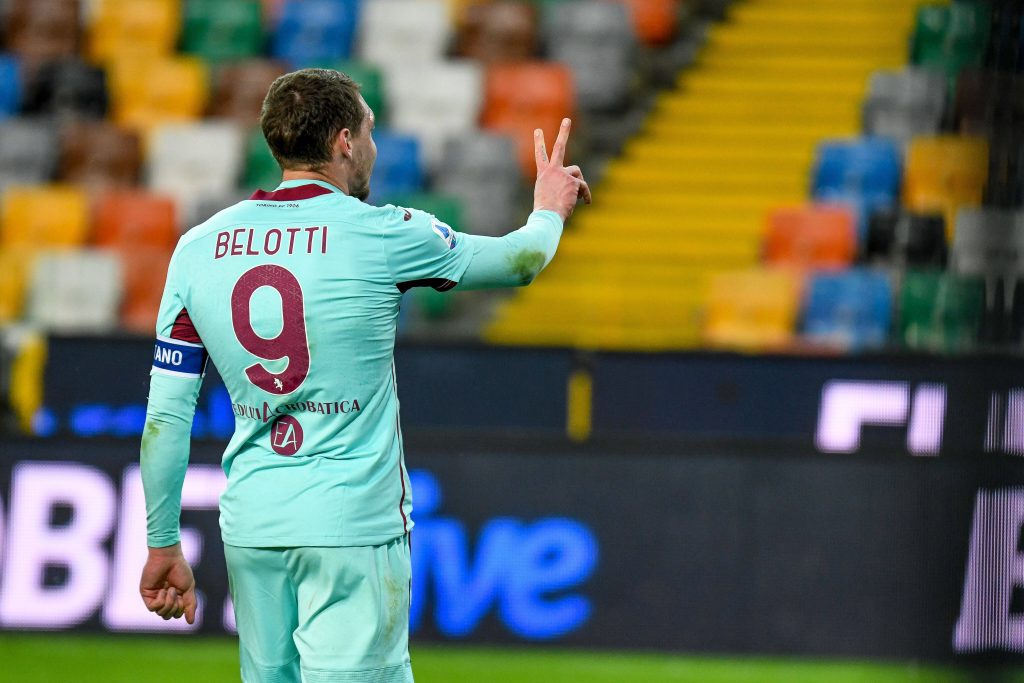 Everton and Chelsea are reportedly targeting a move for Torino’s Andrea Belotti this summer, with his contract set to expire in 2022.

The 27-year-old has scored 12 goals this season to take his tally to 104 in Torino colours.

Belotti has scored over 10 goals in every season since joining Torino, something which has attracted plenty of attention from Europe over the past few years.

He is now being linked with a move to the Premier League. According to Tuttosport, both Everton and Chelsea are targeting the Italian amid some doubts about his future at Torino.

The Italian outlet claims that ‘there has been no sign of optimism that it [his contract] will be extended’. As a result, multiple teams have ‘set their sights’ on Belotti.

SL View – Would a move for Belotti make sense for Everton and Chelsea?

Starting with Everton, a move to link up with countryman Carlo Ancelotti could be very beneficial for Belotti and the Toffees.

Dominic Calvert-Lewin has struggled in recent games, and Belotti would provide much more adequate competition than Joshua King.

The Norwegian joined Everton in January but has had little to no effect on the team and their results of late.

With Moise Kean also likely to leave Merseyside in the summer, Everton would have the funds and a spot in the squad for Andrea Belotti to slot into.

For Chelsea, a lot could depend on who leaves. While Timo Werner has struggled in front of goal, it is doubtful that Chelsea would sell the German so soon after signing him.

Tammy Abraham has been linked with a move away from Stamford Bridge, while Olivier Giroud is also set to leave when his contract expires this summer.

Belotti would offer Thomas Tuchel an adequate option up front, either as a starter or a back-up striker.