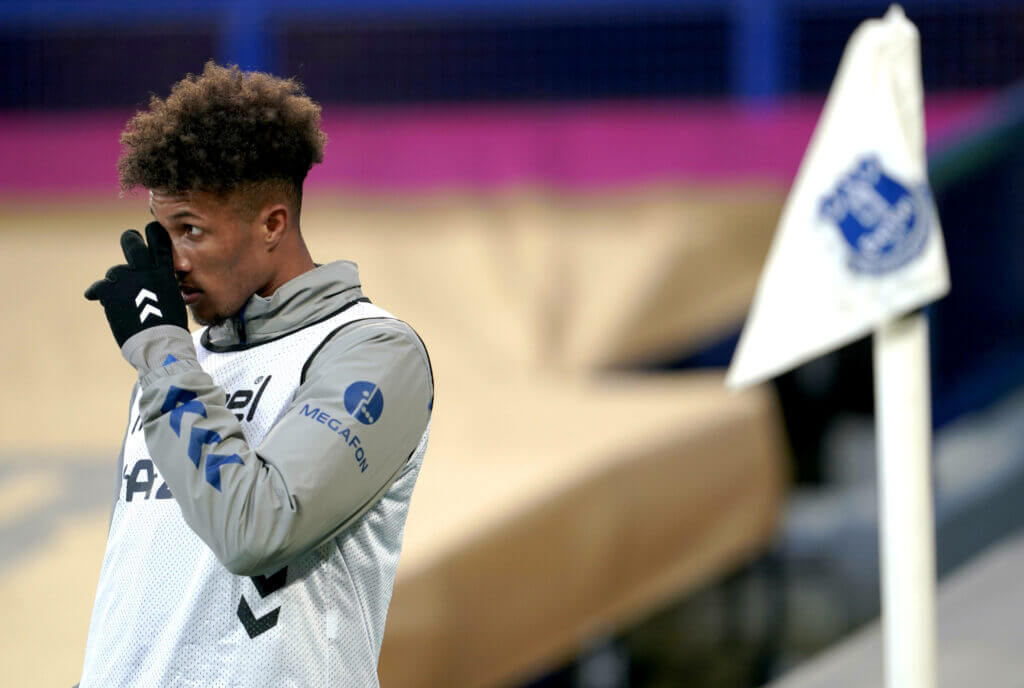 Everton midfielder Jean-Philippe Gbamin has suffered another injury blow as his nightmare spell at Goodison Park doesn’t look like ending.

It was only a couple of weeks ago that Gbamin had returned from a 19-month absence following a succession of injury problems.

The 25-year-old finally made his comeback with a 12-minute appearance in Monday’s 1-1 draw against Crystal Palace, and it looked like his dark days were behind him.

However, according to The Athletic, his season is as good as over after suffering the new “freak” injury in training at Finch Farm.

The report claims that this a fresh injury he has picked up, and it is not related to the quadriceps and Achilles problems that required surgeries.

Many Everton fans have taken to Twitter to express their reaction to the report. Here are some of the selected tweets:

Such a massive shame all of this with Gbamin. If I could lend him me legs, I would.

Wishing Jean-Philippe Gbamin a speedy recovery in this set back for him. Hopefully will be back on the pitch soon. Has all our support💙 pic.twitter.com/GKzddsWx9c

Got to retire, it’s not happening.

Feel sorry for the lad but it's time to sell him

Just pay him up and release him. No point even bothering with him.

Since his move from Mainz in 2019, he has spent most of the time on the sidelines. In 2019-20, he was ruled out with a quadriceps injury under Marco Silva after featuring in just two matches.

The Athletic claims that there is “shock and sadness behind the scenes at the club” after his latest setback.

In other news, Real Madrid, PSG and Inter Milan want Jesse Lingard, who is currently on loan at West Ham United.