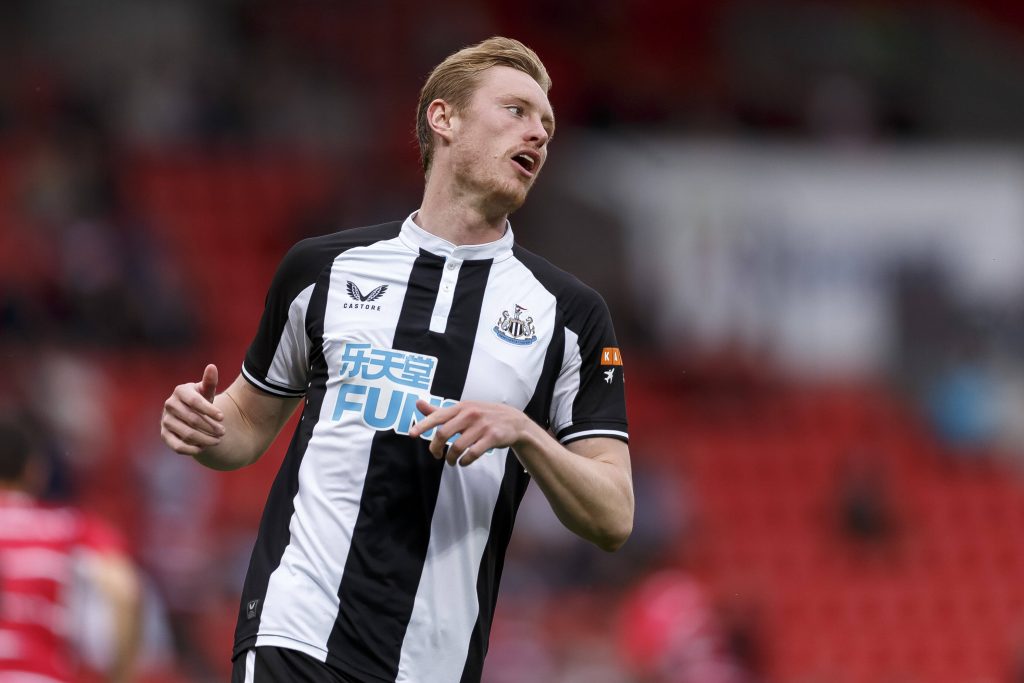 Everton manager Rafa Benitez is monitoring the situation of Newcastle United midfielder Sean Longstaff, according to The Athletic.

The Magpies have reached an agreement with Arsenal for the permanent signing of Joe Willock, and Longstaff’s Newcastle future will now come into question.

Benitez is eyeing a potential reunion at Goodison Park, with the Spaniard keen on bolstering his options in the middle of the park.

The imminent arrival of Willock will further deal a blow on the playing opportunities of Longstaff under manager Steve Bruce, and he is likely to jump at the chance to play under Benitez again.

The 23-year-old featured in 22 Premier League games last season, starting 15 times, but the goalscoring prowess of the Arsenal academy graduate means he would always be preferred ahead of his Newcastle counterpart.

Willock scored eight goals in 14 league games for Bruce’s side during the latter half of 2020-21, and it is a quality that helped boost their survival chances.

If Longstaff leaves Newcastle, Everton could provide him with the chance to sign, with Benitez an admirer of his talents and playing style.

The Spaniard handed him his Premier League debut in December 2018, and he needs a midfielder of his quality on Merseyside as he looks to make the Toffees a top-six side.

Longstaff improved a lot under Benitez despite their short time together at St James’ Park.

If the Everton boss comes calling, he could be very much keen on a move with his Newcastle future now in doubt.