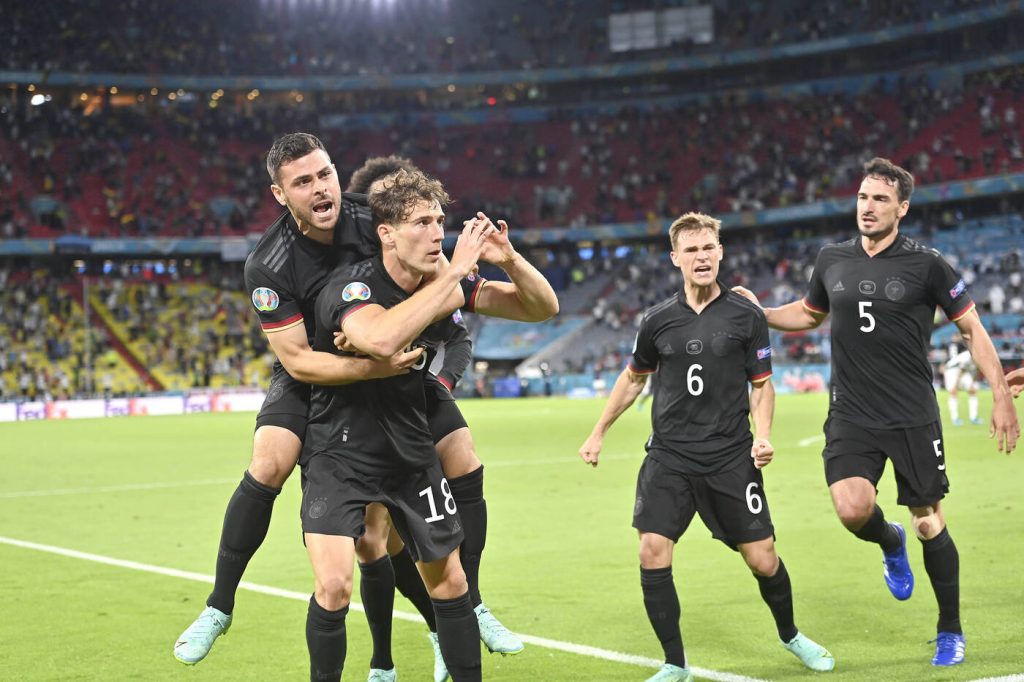 The final round of matches in the group stage of the European Championships were a fitting end to the opening phase of the tournament.

Sweden and Spain claimed the top two spots in Group E, while Germany, France and Portugal progressed from Group F.

The last four games produced more twists and turns than a drama series on Netflix. There were also plenty of talking points, which is handy.

Karma. Isn’t it wonderful? After the pre-game nonsense involving UEFA and rainbow coloured stadiums, karma decided it was time to interject.

Leon Goretzka’s dramatic late equaliser sent Germany through to the knockout stage and dumped Hungary out of the tournament.

You can never write off Germany!

Goretzka didn’t miss the opportunity to fire a key message to Hungary’s ‘fans’, many of whom were accused of homophobic and racist chanting during their group game against France.

The look of horror on the faces of the black-shirted morons was a joy to behold as the Bayern Munich star celebrated by making a love heart symbol towards them. Fabulous.

What do Robbie Savage, John Hartson and Danny Murphy have in common? Despite being lousy at co-commentary, they’re no longer the worst at Euro 2020.

Jermaine Jenas took the title during last night’s Portugal versus France game with an endless barrage of inane and ridiculous comments.

Lloris booked after punching an attacking player in the head at a cross.

Jermaine Jenas says he can understand Lloris asking for a VAR check but “if it happened anywhere else on the park, it would be a foul”.

Yeah Jermaine, I’m fairly sure a punch to the head is a foul mate.

His view on the penalty incident involving Hugo Lloris and Danilo was utterly bizarre, but that wasn’t an end to the nonsense he spouted.

Jenas even found time to suggest that France would rather play England than Switzerland, Finland or Ukraine in the last-16. Clueless.

Now for the best bit

With the group stage done and dusted, we can now look forward to the best bit of Euro 2020 – the knockout phase.

The last-16 has thrown up some tasty ties, with Belgium vs Portugal and England vs Germany the pick of the bunch.

Our pre-tournament tip Italy look well-placed to progress, having been matched up with Austria and can kick off a tasty last-16 four-fold.

Put them with Netherlands, Spain and France to win their respective matches for a near 11/2 return.