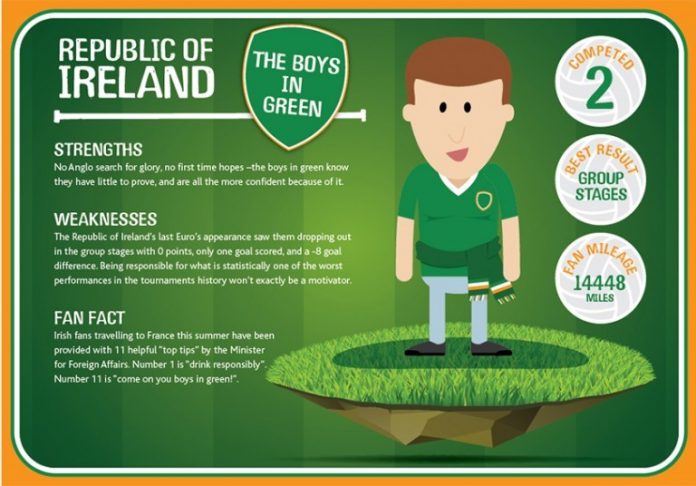 We’re only just into the quarter finals, and already some pundits are naming Euro 2016 as one of the worst tournaments in recent memory. Many of the teams tipped for glory before the championships haven’t turned up, and although big names like Germany and France are through to the quarters, the football they’ve played along the way has been surprisingly pedestrian. The first 39 games of the tournament resulted in only 73 goals; to put things into perspective, it took the last World Cup just 25 games to exceed that.

If anything, it’s likely that when future generations look back on Euro 2016, they’ll be talking about the quality of its fans – good and bad – before its football. With help from Stay Sourced’s Battle of the Fans, we’ve decided to keep one step ahead of the historians, and rank the best and worst fans of the tournament so far.

Although they’re now out of the tournament, the Republic of Ireland proved to be a bit of a dark horse in the opening stages; if only for doing better than their 2012 showing, which as Stay Sourced say was one of the worst in the history of the championships.

But nevermind the team, it’s the fans we’re talking about, and it’s been pretty much unanimously agreed that the Irish fans have been some of the best of the tournament. Fans performed biblical acts of kindness as they followed the boys in Green around France, singing to nuns, changing flat tyres, and serenading babies to sleep. They even cleaned up after themselves. Irish fans, you’ll be sorely missed. 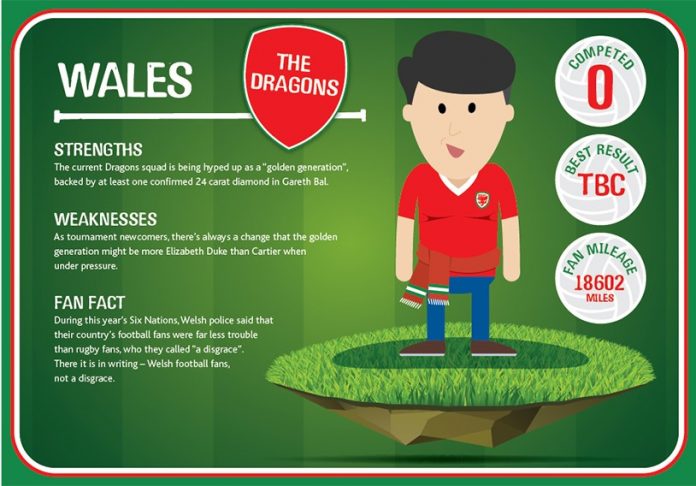 Like Ireland, not much was expected of Wales before heading off to the championships – it is after all, their first appearance in the tournament. Naysayers have soon been proved wrong by Bale and his team, who’ve surprisingly ended up playing some of the best looking football in the tournament.

Welsh fans have proved themselves too, and after travelling over 18602 miles each to qualify have brought a massive showing to each game. Welsh fans appear to be drowning out the opposition in most games; their defeat to England showed the embarrassing fickleness of that country’s fans, as they were silenced by the ever supportive fans of the Dragons. Before the tournament the Welsh police commented on the friendliness of Welsh football fans, something that the French police have come to agree with. 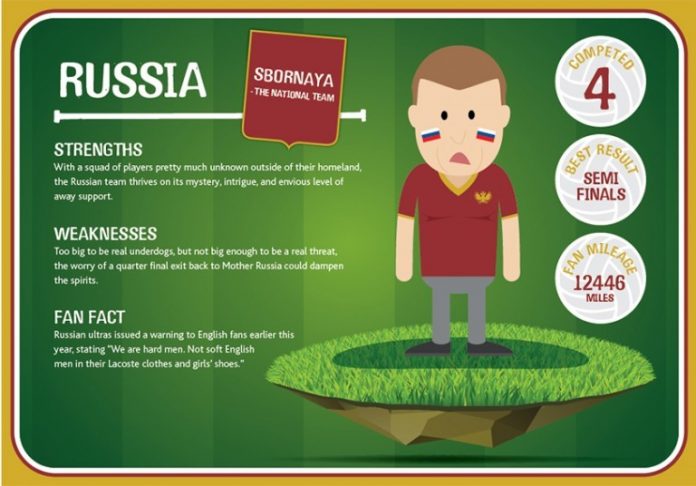 Over their three group stage games, Russia delivered perhaps the poorest performance of the tournament. Looking tired and lacklustre, the only consolation for Sbornaya was a snatched last minute goal to draw against England; which as we now know, wasn’t much of an achievement.

But if the team was poor, then the fans were even worse. Russian ultras have been blamed with causing the majority of the tournament’s hooligan action, and Go-pro shows organised groups of Russian fans deliberately causing trouble. The Russian F.A was fined 150,000 Euros as a result of the trouble, and Russia were handed a suspended disqualification. World Cup 2018 looks set to be a riot. 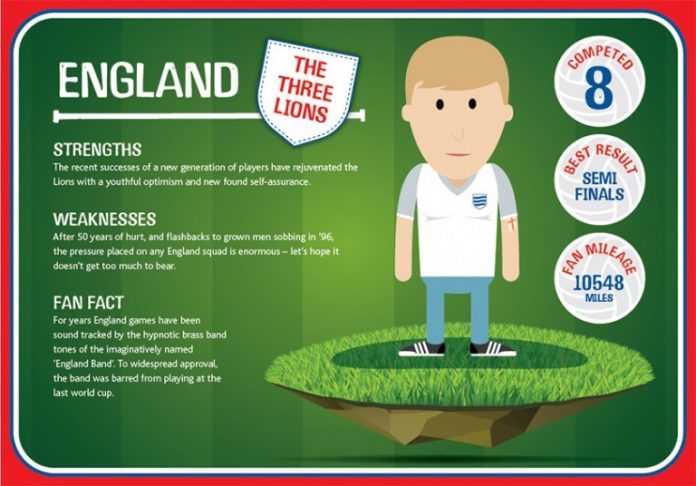 Poor old England. Despite the press hyping up this year’s team as a potential new golden generation, the lions failed to deliver again, with the loss to minnows Iceland being one of the team’s worst performances in recent memory.

Fans haven’t exactly excelled themselves either. The tournament kicked off with patio chairs flying through the air, giving fat tattooed blokes called Tony flashbacks to similar trouble seen in 1998. There’s also been talk of fans taunting refugee children, and fighting amongst themselves following the defeat against Iceland. Although England fans can’t be blamed for starting all the trouble, the scenes didn’t exactly help to dismiss their already marred international reputation.

Thanks to Stay Sourced for the images – head over to their Battle of the Fans to view more stats about the fans of Euro 2016.