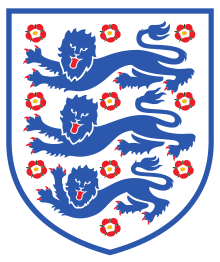 The former Manchester United defender has signed a four-year contract, which allows him to continue as a pundit for Sky Sports.

After his retirement as a player, Neville was viewed as likely management material but instead took a pundits’ role, for which he has received widespread praise.

Neville will join Hodgson’s team immediately and will be with the England squad next week as they begin preparations for Euro 2012.

In my opinion, this is an extremely positive move as far as England Euro hopes are concerned. Neville knows exactly what he’s talking about and has the potential to have a huge influence over Hodgson.

It’s very likely that he’ll urge Hodgson to pick a youthful side. Following Roy’s appointment as the new England boss, Neville spoke his mind regarding the direction he felt England should take.

Many fans have been calling for this move. Copying the likes of Germany could dramatically improve our chances in international competitions as next generation of English players will receive the opportunity to experience the highest standard of world football. Obviously, some of the players mentioned above are unavailable through injury, but you get the overall idea.

The decision regarding the next England captain is also highly important; Neville could have a big influence on this. Considering Scott Parker is a doubt for the June’s tournament, expect a more experienced player to receive the role, for example, Steven Gerrard.

In addition, the fact he has been a team-mate of so many senior players, including the likes of Rooney, Gerrard & Ashley Cole, makes him the perfect bridge between squad and coach. That should help avoid the kind of tensions in South Africa two years ago when England’s players gather on Monday for the start of their build-up to Euro 2012.

It will be fascinating to discover whether he has been able to exert any influence in the potential selection of Paul Scholes, either on player or manager.

Having reversed his retirement decision in January, it was always felt Scholes would consider returning to the international stage as well, having previously admitted his regret at snubbing a request from Fabio Capello to end his six-year international exile at the last World Cup.

This theory has now been strengthened, although it is not known whether Hodgson actually wants the midfield player in his 23-man squad.

On top of this, expect the likes of Terry and Lampard to have a less prominent role in the team. Neville has made it clear in the past, that these players no longer have the energy to perform at the highest standard two times a week.

In conclusion, I believe this move will prove to be a masterstroke. Neville’s forceful personality is unlikely to leave any England player unaware of their responsibilities. Hodgson is due to announce the 23 man squad this Wednesday; it’ll be very interesting to see how much of an influence Neville has on this selection.