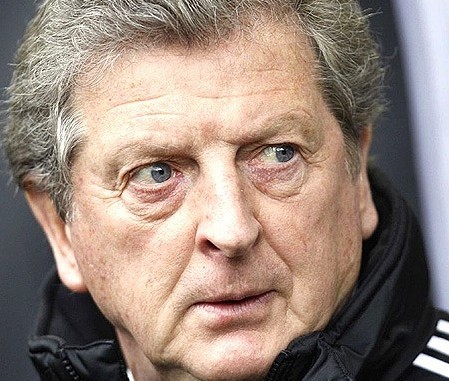 There are always plenty of ‘if’s, but’s and maybe’s’ when It comes to England at a major tournament; Euro 2012, though, will take that to a whole new level.

It says a lot about the upheaval surrounding the Three Lions that star man Wayne Rooney’s suspension for the first two matches of the competition is almost seen as the least of their worries. Since that ban by UEFA in December, England had also lost their captain and manager.

The disruptions to their preparations for this summer’s tournament, combined with a poor showing at the 2010 World Cup, have left even the usually impatient English tabloid press almost willing to write of Euro 2012 as a learning experience for the younger players.

However the recent appointment of Roy Hodgson as head coach, despite Tottenham’s Harry Redknapp being the out-right favourite, has seen the same approach as usual taken towards the competition, at least in terms of team selection. The selected 23 players travelling to Ukraine contain many of the squad that featured at the last World Cup. With the tournament set to be the last international hurrah for the likes of Ashley Cole, John Terry and the newly-appointed captain, Steven Gerrard, can Englands ‘golden generation’ go out with a bang?

With Rooney missing until the Ukraine match; the forward line has required a huge overhaul. The attack is likely to be led by Manchester United youngster Danny Welbeck and Liverpool striker Andy Carroll. With just 7 caps between, it’s clear to see England lack a recognised international goal scorer in the absence of Rooney. I was slightly disappointed to see Crouch missing from the list of 23 players last Wednesday – his goal scoring record for his country speaks for itself (22 goals in 42 games.)

With a technically gifted player like Wilshere unavailable through injury, England are unlikely to compete with the likes of Spain when it comes to the short passing game. But what they do possess is a wealth of athletic and technically gifted wide players in Theo Walcott, Alex Oxlade-Chamberlain and Ashleu Young. Getting the ball forward quickly may be England’s best chance of creating openings, and until Rooney returns they’ll need to do that as often as possible.

However, the three lions do have a squad full of players with Champions League experience. Even the Nation’s promising young talen t – the likes of Welbeck and Phil Jones – have already featured in Europe’s elite club competition.

There is also greater balance in midfield, with England finally having found a replacement for the Injury prone Owen Hargreaves, albeit most likely only a short term one, In Scott Parker. The Spurs enforcer, 31, having one only 3 senior caps before his 30th birthday. But the composure, intelligence and maturity in his performances have seen him quickly become one of the first names on the England’s starting eleven. It’s just a shame that the injured Jack Wilshere cannot play alongside him.

Parker even captained England during Stuart Pearce’s short time in charge, leading the team to a 2-2 draw versus Holland. Personally, he would have been my choice as captain. While in previous tournaments England have had a settled back four, there is now a degree of uncertainty regarding the starting players. With little time to bed in a unit, selection headaches at the back could prove particularly unwelcome.

It’s unlikely that Terry and Ashley Cole would miss out on a place in the first eleven, especially given their vast experience at international and European level. I think Ashley Cole will be very important for England if they wish to stand a chance against the best teams in the tournament. This season, for Chelsea he has proven his quality once again. Particularly in the Champions League fixtures, as he’s come up against the World’s best players including Lionel Messi and Frank Ribery.

The remaining defensive positions will keep us guessing until England’s warm up games. Having seen Ferdinand dropped and Kyle Walker side-lined, expect to see the likes of Lescott, Cahill and Glen Johnson making an appearance.

In goal, Joe Hart looks likely to make the position his own for the next decade. The Manchester City stopper is a steadier presence than some of the goalkeepers England have used in the past, such as David James and Robert Green. This is Hart’s first major finals as first-choice keeper, so it will be the biggest test of his character yet.

For me, Andy Carroll could prove to be England’s ‘secret weapon’ and the biggest surprise of the tournament if he’s given playing time and the chance to shine. I have a good feeling that with his growing confidence after a strong finish to the season, he could create huge problems for the opposition, particularly Ukraine and Sweden in the group stages. Against Chelsea, in the FA cup final, he showed just how much of a threat he can is, after coming off the bench and scoring Liverpool’s only goal. His areal ability provides the potential to completely change the momentum of a match. Hopefully Hodgson will realise this and will give the ex-Newcastle striker a good run-out.

England have benefited from finally learning that 4-4-2 isn’t the only option. Their warm up matches against Belgium and Norway will give an indication as to whether they will stick with the 4-2-3-1 system that served, the since-departed, Fabio Capello so well in their undefeated qualifying campaign.

There’s no denying Hodgson’s ability as a manager when in charge of a team failing to meet expectations. England certainly fit this category. Despite having a flurry of top European footballers during the past decade, the team have always struggled to perform. At both Fulham and West Brom, Hodgson achieved great success with a lack of real quality at his disposal, most namely, reaching the Europa League final with Fulham.

Above all else, for England to succeed in Poland and Ukraine they’ll need to be well drilled tactically and defensively sound. Hodgson may not have been the fans first choice manager, but with his incredible experience, anything is possible for his team. Personally, I believe this competition will make or break England for the next decade or so. If the players meet expectations, support from the English fans and press will improve, giving the players confidence going into future competitions. At this stage, England will be very optimistic, a new manager and a few fresh young players could be exactly what the nation needs to be successful in Poland and Ukraine. Considering the number of quality teams in this year’s European finals, I think England can probably consider reaching the Quarter-finals a success, but don’t get me wrong, I would love to see them go further.