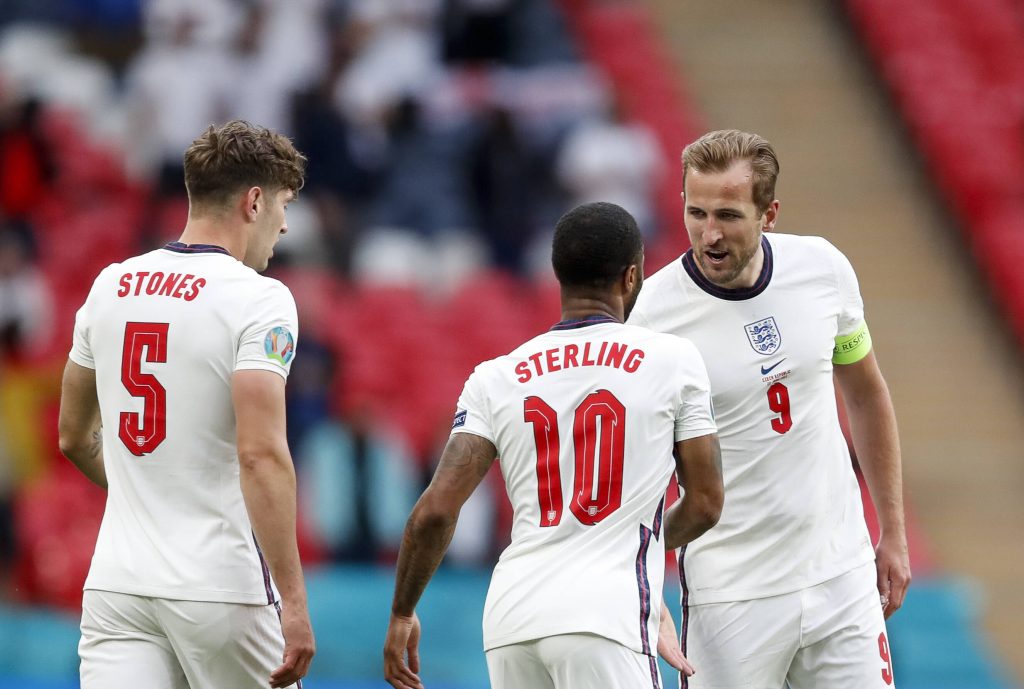 Familiar foes are set to meet at Wembley Stadium in a mouth-watering Euro 2020 last-16 encounter as England take on bitter rivals Germany on Tuesday.

Seeking their second consecutive quarter-final appearance at major tournaments, England will be looking to better their Euro 2016 result that saw them bow out of the competition at the same stage.

Meanwhile, the Germans have reached the semi-finals in the last three Euro editions as they aim for redemption following a dismal group-stage exit at the 2018 World Cup.

The Three Lions have started a major tournament with three consecutive clean sheets (W2, D1) for the first time since their victorious 1966 World Cup campaign.

However, despite going unbeaten in nine internationals (W8, D1) since losing 2-0 to Belgium in November 2020, Gareth Southgate’s men have lacked conviction lately.

Each of England’s last four triumphs yielded the identical 1-0 scoreline, as many as their previous 26 in all competitions, including friendlies.

That does not change the fact that they head into this gigantic encounter on the back of five consecutive clean sheets.

Suggested Article: Opposition Analysis: What England should expect to see from Germany

They will be desperate to avoid penalty shoot-outs after losing three of their four such ties.

Manchester City ace Raheem Sterling has netted both England’s winners at Euro 2020 so far, taking his tally to 14 goals in his last 19 appearances for the country.

The 26-year-old winger could be Southgate’s X-factor again, especially considering each of his 16 international goals has come in competitive matches.

But the England gaffer will be desperate for Tottenham star striker Harry Kane to break his Euro curse after failing to score in each of his seven appearances at the tournament.

It remains uncertain whether the Three Lions captain will have Mason Mount or Jack Grealish to support him from the attacking-midfielder role, with the former returning to the group only yesterday.

Mount and his Chelsea teammate Ben Chilwell had to self-isolate themselves for ten days after being in close proximity to Scotland’s Billy Gilmour, who tested positive for COVID-19.

Leon Goretzka’s 84th-minute equaliser against Hungary on Matchday 3 helped Germany survive a ‘Group of Death’ scare and qualify for the European Championship knockout stage for the third tournament in a row.

The Germans have blown hot and cold at Euro 2020 so far and have yet to keep a clean sheet, conceding precisely twice per game in their last two matches in the competition.

Moreover, Joachim Low’s men have fallen behind inside the opening 25 minutes of play in each of their three fixtures at Euro 2020 thus far, coming from behind to avoid defeat twice in that period (W1, D1, L1).

Die Mannschaft will look for inspiration in their remarkable 4-2 win over Portugal on Matchday 2 and the fact they have progressed to at least the semi-finals in each of their last six knock-out appearances at the Euro finals.

After firing Chelsea to Champions League glory in the 2020/21 final against City, Kai Havertz has maintained his eye-catching form this summer.

The 22-year-old forward scored twice in the group stage, with both of his strikes coming between the 50th and 70th minute.

Another Premier League star has been pivotal to Germany’s progression into the knock-outs.

City midfielder Ilkay Gundogan has forged a formidable partnership with Real Madrid’s Toni Kroos in the middle of the park as he looks to become only the second German player to score at Wembley for club and country.

Suggested Article: How can England overcome Germany at Wembley and lay past demons to rest.

Since ousting West Germany in a memorable 1996 World Cup final, England have gone winless in their subsequent three knock-out meetings with Germany at major tournaments.

After winning four of their first five matches against Die Mannschaft at Wembley (L1), England have failed to defeat this opponent in their last seven showdowns at the national stadium (D2, L5).

Additionally, the Three Lions have drawn a blank in their last two encounters with this opposition, with both fixtures featuring under 1.5 total goals (D1, L1).