England Fans Arrested in Marseille Ahead of Euro 2016 Opener 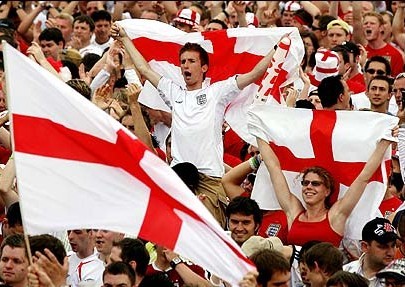 Two English fans arrested as they clash with local youths clash in Marseille ahead of their opening game in the south of France.

England fans got off to a violent start last night as trouble with local youths broke out in Marseille two days before Roy Hodgson’s side kick off their tournament against Russia.

Two arrests were made in the south of France where French Police used tear gas on the crowd; one for assaulting a barman and the other for violent disorder.

One England supporter suffered a serious head injury after being hit in the face with a wooden chair. The victim is a man, believed to be in his 30s.

Eyewitnesses reported a group of local men attacked the Three Lions supporters whilst they were drinking outside a bar in the city’s Old Port area. Riot police were swarmed in close to the area shortly before midnight on Thursday.

England fans are not used to seeing tear gas back home, but it is a regular tactic used by police in mainland Europe and was successful in restoring order fairly quickly following the altercation.

Some England supporters retaliated by attacking local shopkeepers and innocent youths in the area.

Supporters have traveled to Marseille ahead of England’s game with Russia on Saturday. England fans have been allocated less than 11,000 tickets for their opening group game but it is reported that many more have traveled. The Stade Vélodrome stadium has a capacity of 67,000 following its recent renovation.

After their opener, England’s remaining two group games are against Wales and Slovakia in Lens and Saint-Étienne respectively.

Euro 2016 kicks off this evening when hosts France take on Romania with the tournament featuring 24 nations for the first time in the tournament’s history.